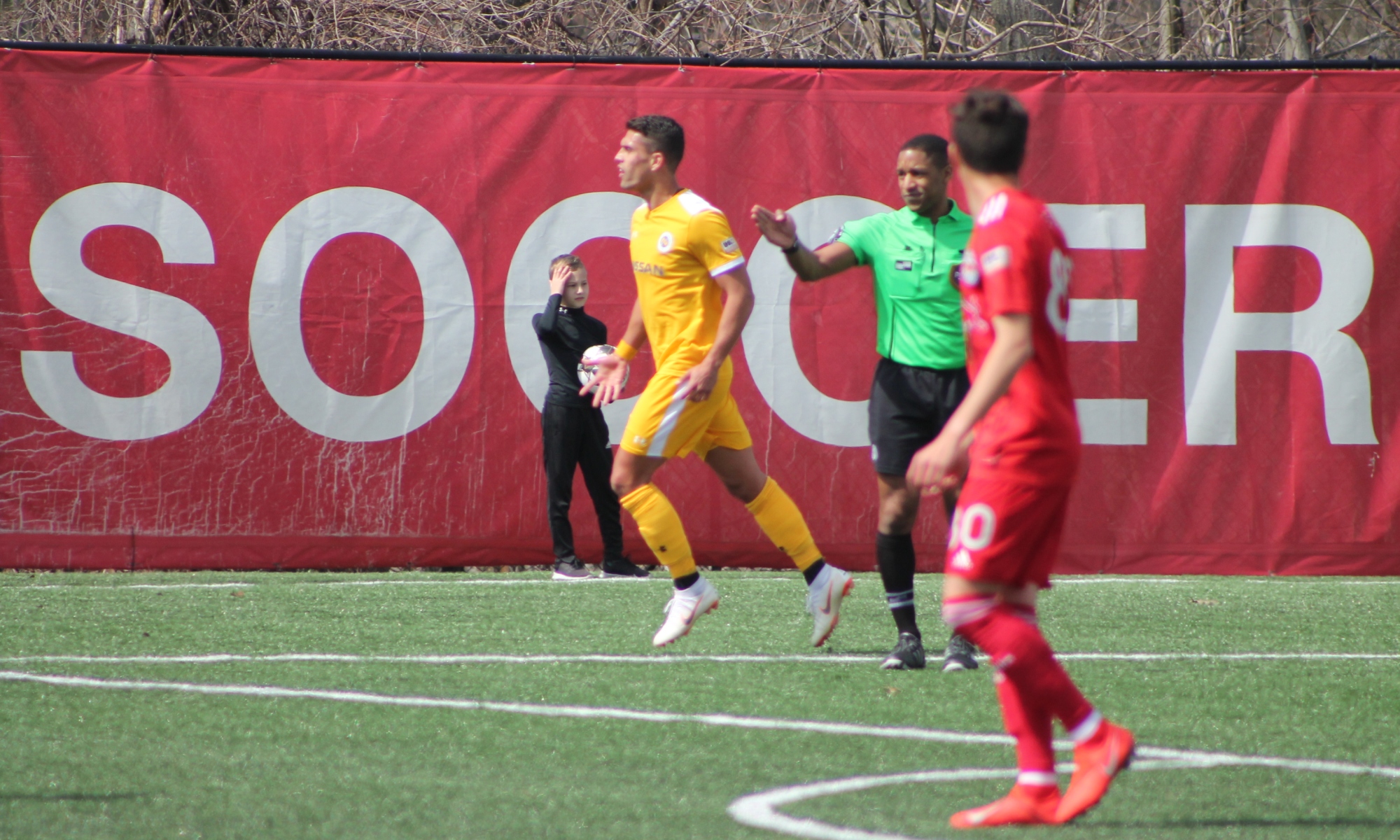 MONTCLAIR, N.J. – In a matchup of two high-pressing teams, it was a quick counter-attack that found the difference between New York Red Bulls II and Nashville SC. A long ball over the top saw Daniel Ríos run onto it, round New York keeper Evan Louro, and coolly finish with his left foot.

A somewhat experimental lineup for the Boys in Gold saw backup keeper Connor Sparrow start the contest, along with Justin Davis and Vinnie Vermeer, both of whom had begun the first two regular-season contests on the bench.

Vermeer’s first USL start came after a trial saw him sign with NSC this preseason. The former NAC Breda (Netherlands) man did not have the best time in his first match in the starting XI, though: he left the contest in the 29th minute after taking a heavy tackle and suffering a right ankle injury.

Red Bulls II had a number of penetrations into the Nashville box, but couldn’t find the back of the net – an d had very few of their shots go on the frame, with a number of attempts sailing high – with Sparrow putting in a strong performance and commanding his box.

In the young season, Nashville is 1-0 when getting on the board first. Can they seal the deal in New Jersey this afternoon?