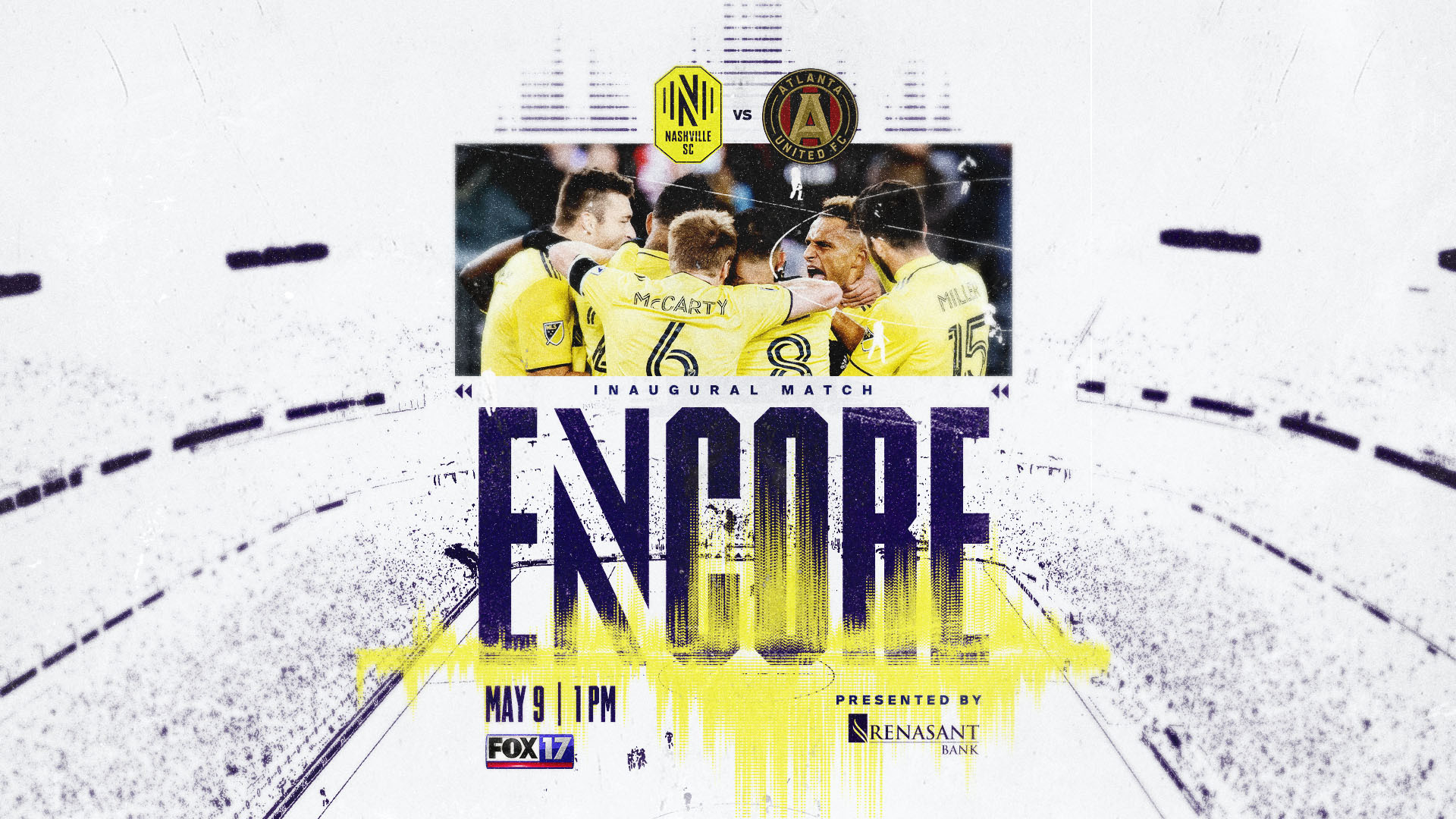 Although a return to the playing field is still off in the distance, we know who’ll be airing the games when Nashville SC is back in MLS play. The club announced a partnership with Fox 17 and its other local affiliates, CW58 and MyTV30. The announcement will be celebrated with a re-air of NSC’s inaugural game this Saturday.

NASHVILLE (May 4, 2020) – Nashville Soccer Club announced today that FOX 17, MyTV30 and CW58 of Nashville, TN will return as the official television broadcast partner when the club resumes playing in their inaugural 2020 Major League Soccer season, once the league’s stoppage due to COVID-19 concludes.

To celebrate the relationship, the partners will re-air an encore of the club’s inaugural MLS match against Atlanta United FC on Feb. 29, 2020. Fans will be able to relive the magic that saw a crowd of 59,069, the largest for a soccer match in the State of Tennessee, by tuning into FOX17 Nashville on Saturday, May 9 at 1 p.m. CT, presented by Renasant Bank.

“February 29 was a historic night for everyone connected to Nashville SC,” said Nashville SC CEO Ian Ayre. “Saturday’s encore of our inaugural match will be an amazing memory for all of us and a great celebration of our broadcast partnership. For many people, being immersed in the excitement of the event meant that you did not perhaps get to see or enjoy every part of the atmosphere we created. To have this chance to re-live those epic few hours with our local broadcast partners is a fantastic way to take it all in and hear from many of those involved about how it all came together.”

During Nashville SC’s encore, fans will also get an inside look into the opening match as Tony Husband, the club’s Play-by-Play Lead, and Jamie Watson, Color Analyst, relive the club’s most special moments with player interviews, behind the scenes access, unique programming and prizes shared on the club’s Facebook and Twitter.

“We are thrilled to carry on our strong partnership with Nashville SC and embrace the new Major League Soccer opportunities in the Nashville market for the coming years,” stated Vice President and GM of FOX 17, CW58 and MyTV30, Noreen Parker.

Ahead of Saturday’s encore, Nashville SC will dedicate its weekly programming to showcasing behind the scenes access and interviews reliving the club’s inaugural MLS match. A breakdown of the activities planned is listed below. Make sure to tune into the club’s Instagram, Facebook and Twitter to enjoy all the content.

I don’t think anyone is particularly surprised here, but it’s nice to have the news officially announced. Especially when there’s little tangible soccer stuff happening, a sense of normalcy (and keeping the club on the minds of the local fans) is still nice to have.

The details of the tripartite broadcast arrangement were not revealed by the club, but it’s safe to assume that Fox 17 gets the majority of the games, whereas its affiliates carry the contests that are played when the Fox channel is unavailable. Of course, NSC’s first two games were carried on national television, and thus the local carriage was pre-empted. In addition, there’s no telling exactly what the structure of the season will be when it returns, so the schedule itself can have an impact on which outlet carries which games.

More details will become available when the plan for resuming the 2020 season is closer within reach for Major League Soccer.