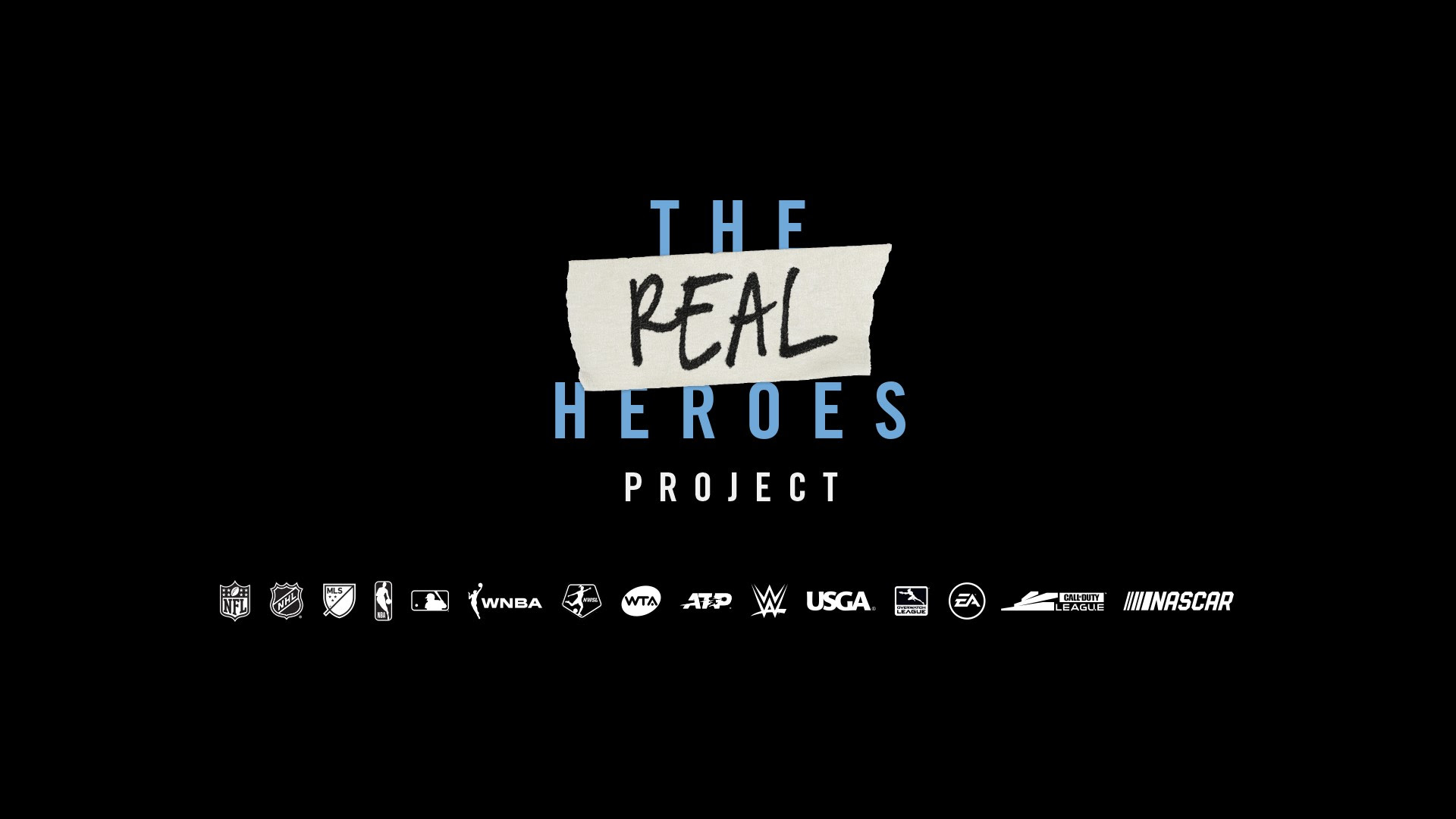 NEW YORK (Monday, May 4, 2020) –  Fourteen professional sports leagues today announced “The Real Heroes Project,” a collaborative initiative to recognize and celebrate healthcare workers on the frontlines of the COVID-19 pandemic. Athletes representing the ATP, MLB, MLS, NASCAR, NBA, NFL, NHL, NWSL, USGA, WNBA, WTA and WWE, among other professional and esports leagues, including Activision Blizzard Esports and Electronic Arts, are dedicating their jerseys and uniforms to a special healthcare hero who is helping their community on the forefront of this global crisis.

With the help of creative agency 72andSunny, creative production company Hecho Studios, and media publication Adweek, the multi-league public service announcement will debut this Wednesday, May 6 across league and team platforms. Starting today, each participating athlete will share a personal thank you message to their healthcare hero on social media utilizing #TheRealHeroes. Throughout the PSA and personal tributes, athletes will cover their name on their jerseys or uniforms and replace it with the name of their healthcare hero.

Since the COVID-19 outbreak, the sports world has supported their local and national communities in their own respective efforts. Through “The Real Heroes Project,” the sports community will come together to salute heroic individuals across the healthcare system.

Featured leagues and athletes include:

The sports world invites fans around the world to join these world-class athletes on social media and dedicate their personal jerseys and team apparel to a frontline individual using the hashtag #TheRealHeroes.

I don’t typically just regurgitate press releases unless they’re specifically relevant to the audience of this site, but as most readers likely know, my lovely wife is an emergency room doctor working on the front lines of the current health care crisis, so this one hits close to home.

In an era where the dumbest people on the planet are – somehow – trying to turn the people putting their own lives on the line to save those of the aforementioned dumbest people on the planet in villains, it’s important to remember just how important the task of health care professionals truly is. Vilifying them is repulsive (it’s downstream from vilifying scientists – of which medical doctors are an extraordinarily important varietal – all in the name of the stupidest political motivations on the planet; we are truly living in the helltimes).

Anyway, rant aside, uh, “you love to see it” from MLS.