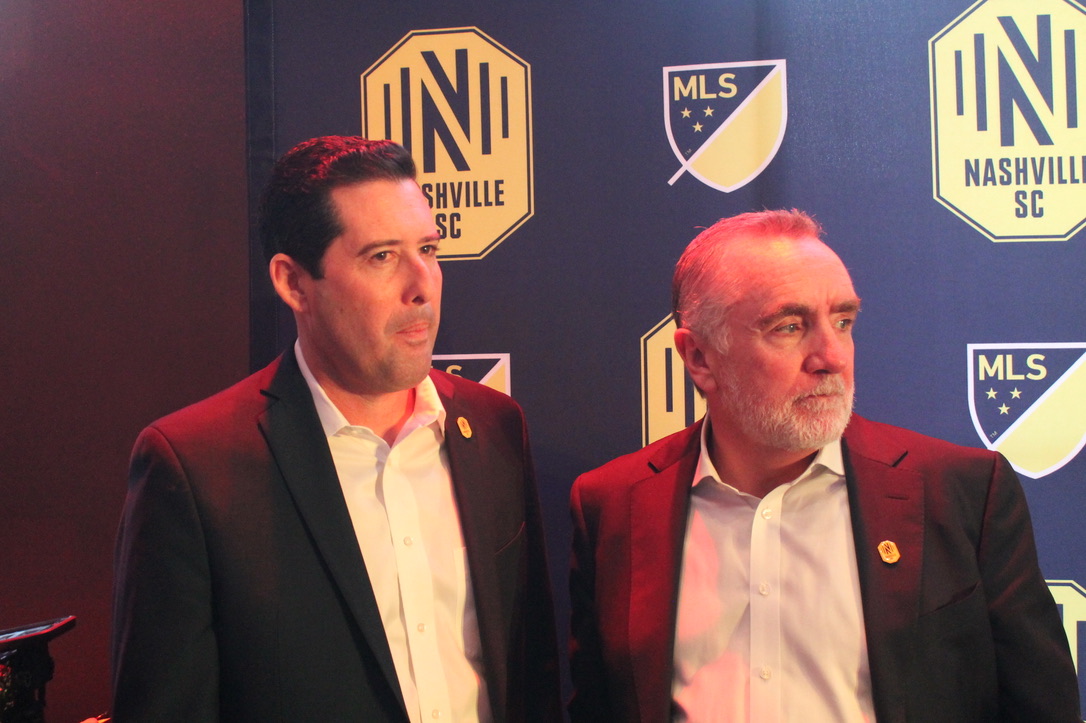 I know writing has been a little sparse around here the past couple days. Your boy wrote a couple pieces at MLSSoccer.com to tide you over:

Check ’em out, and we should be getting back to a normal pace of contest today.

Going into the 2019 MLS Expansion Draft, you may have expected Nashville SC to acquire a few pieces for its inaugural MLS roster, but more likely to have picked up players who could immediately be flipped for more assets. After all, General Manager Mike Jacobs set that expectation in the run-up to Tuesday’s event.

The club’s management manage to do a bit of each: Three players were drafted to keep (striker Abu Danladi from Minnesota United, defense Jalil Anibaba from New England Revolution, and midfielder Jimmy Medranda from Sporting Kansas City), while two were immediately dealt. Nashville traded former Portland Timbers defender Zarek Valentin (along with $75,000 in allocation money) to Houston in exchange for goalkeeper Joe Willis, and Atlanta United forward Brandon Vazquez to FC Cincinnati in exchange for allocation money.

“It’s the one mechanism where you can acquire the most amount of players at any one time,” Jacobs said of the Draft. “It’s the best chance for us to add not only quality, but quantity as well. To be able to add five guys, and and we ended up being able to add six guys when you look at the haul when you include Daniel’s trade and Adrian’s trade, to add that many players in the course of the expansion draft – along with the allocation money we acquired to then be able to go back and get other players – we continued to strengthen our war chest of allocation money while adding really quality players to help our team in year one.”

With nine players in the fold prior to the Draft, Nashville SC’s inaugural roster is up to 15 total players, with more building yet to come. Importantly, the players are complementary to each other on and off the field. Aside from Americans, the staff has focused on players who can relate to each other through language – all except one, Randall Leal, are fluent English-speakers, while the Costa Rican will be able to rely on Mexican Daniel Ríos and Panamanian Aníbal Godoy as he gets comfortable – nationality (three native Ghanaians, two who are naturalized US citizens), and other connections. That chemistry should help build the strongest possible team come the season.

“You look at the combinations of players we were able to put together,” Jacobs explained. “It’s not just guys who fit positional profiles, but you have guys at ages that we think will fit together, we have guys who speak similar languages – which we’ve talked about is important to us – I think for the most part, I think their games will really fit together. So honestly we’re absolutely tickled to have the guys we ended up with.”

Of course, While Jacobs is tasked with putting together the team, it’s manager Gary Smith who will lead it. He directed Nashville SC’s USL side over the past two seasons – with two playoff berths and a second-place finish in the Eastern Conference in 2019. He’s also a silverware-winner, with an MLS Cup title to his name with the 2010 Colorado Rapids.

He’s excited for the pieces he’ll have at his disposal.

“Of course, some of them I’ve run into before,” Smith said. “Joe [Willis] was in and around the league when I was up in Denver. I think in Joe and Adrian [Zendejas], we have possibly the best goalkeeping corps now in the league. Absolutely delighted with the two guys we’ve got there.

“Mike’s already said about Jimmy [Medranda]: I mean, Jimmy’s versatility on that left hand side, whether it be at left back or left midfield, and he’s also – there’ll be individuals saying he’s better in central midfield. I do think that there needs to be an area for him to really focus on, and that’s part ofd our challenge: it’s part of my challenge and Jimmy’s challenge when he comes in pre-season.

“Up front, Abu [Danladi] supplies something that I think all teams need: he stretches the game. He’s very positive, very aggressive. I believe, as we all do, he’s still got plenty to prove. He had a breakout season in his first year, and for all sorts of different reasons which are really immaterial now, he’s had a couple of lean years, but I’m sure he’s hungry to try and get back on track and be a real star in MLS. He has all the credentials to do that.

“Some of the other trades that have been done have been great for the group in other ways. We see a big cheer go up for Daniel Lovitz: as far as left backs goin this league, and I would say maybe even in Europe and South America, Daniel’s as good as any. He’s in the [US Men’s National Team] camp currently, he brings tremendous experience, and of course incredible quality to that left back spot, which of course is where we see him.”

The MLS Trade Window is open, but another roster-building milestone will come Monday: the waiver draft. All MLS teams can select players from the MLS pool whose contracts have expired – or whose options were not renewed – and who don’t meet certain length-of-service requirements (which would allow them to become free agents or enter the MLS Re-Entry draft).

Now that the core of Nashville SC’s team is built, the immediate future is about adding depth – and perhaps a bit more star power – before the season begins.