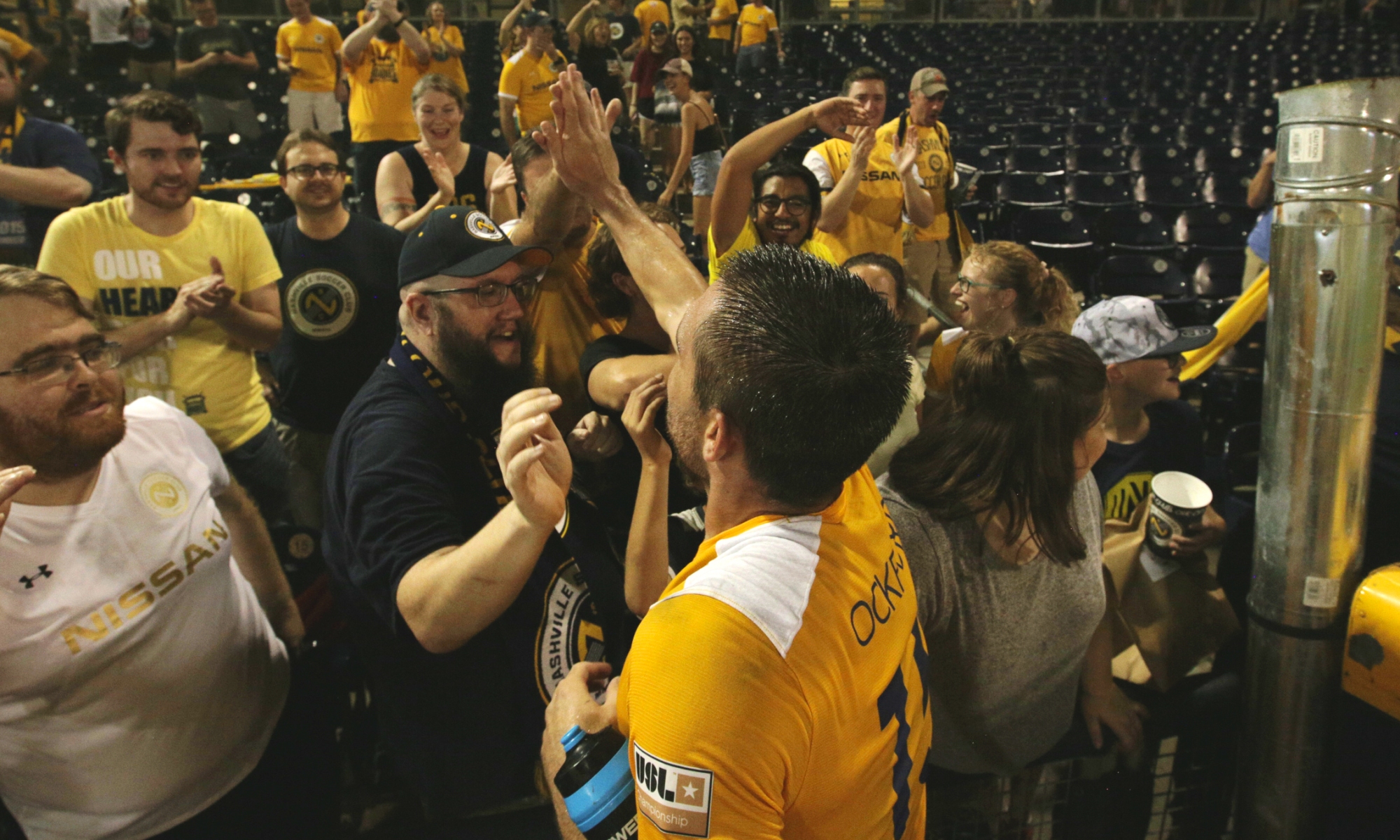 Let’s get into the numbers a bit: who are the best centerback options in the 2019 MLS Expansion Draft this coming Tuesday? With the full data – and certainly an understanding that this is one of the most difficult positions to quantify – let’s tier ’em up.

As will be the case at every position, the first few are in order, the rest are mostly alphabetical within their tiers. If there’s trade value in a guy who might not otherwise seem like a smart pick, that’s just life: these are mostly obvious “use or flip” rankings.

He’s close to a senior-minimum contract (reachable with just a few thousand GarberBucks tossed at his cap hit). He got 1200 minutes for the second-best defense in Major League Soccer last season, and at 27 has a lot of years left. Plus, he’s a Duke alum, so there’s a bit of a connection with former Blue Devils assistant Mike Jacobs, now the GM for the Boys in Gold.

A fringe US International also eligible for Ireland, O’Neill makes a very reasonable $125k, and he’s only 26 so there’s plenty of career left in him. He’s also an offensive contributor. He got only 918 minutes for Orlando’s (very good) defense last year, but that includes missing a month with a concussion – an injury that is serious, but doesn’t tend to be a chronic thing.

Minnesota’s defense was pretty good (though that probably has more to do with playing next to the best defender in the league, Ike Opara, than anything an individual defender did), and Kallman got about 1400 minutes in it. He’s 29 and has a reasonable cap hit around $118k, too.

Zavaleta is the expensive man on this list, coming in four dollars over $275k in compensation (a very important four dollars, no doubt!). However, he got about 1100 minutes for Toronto FC this year, and is just 27. I think there’s value in being on great teams – and what individuals can bring from those great teams to a new franchise is important – and TFC has played in three of the last four title games.

Camacho was a major piece of a pretty good Montreal defense. However, he’s an expensive player at $700k, so not a value pick. If you’re confident that he can be a several-year contributor (he’s only 28) or you can negotiate more team-friendly terms soon, he could certainly be worth a pick. He also contributes offensively more than anyone at the position, a nice boost to his value.

Only got 360 minutes for Seattle Sounders and played extensively with Tacoma Defiance. At 26, he’s on a senior minimum salary and has a year as a starter (and two more as a squad regular) for Chicago Fire before going to Seattle.

With both Nashville SC loanees, there’s a bit of an added benefit beyond the on-field play: if they’re MLS-caliber players, senior-minimum salaries are worth the fan service to get a few games here and there.

Very familiar to Nashville SC fans, given he got his only action of 2019 in Music City. Was a squad regular for SJ in 2018. On a senior-minimum salary (with a few bucks of GAM applied) and the familiarity helps a bit, too. Has more good years in him at 27.

He’s 29, and got under 10 total games this year, so there’s pretty significant risk, especially given he made $300k. However, he’s a ticket-selling name if people associate him with his far more famous older brother, and a team without the likes of Leandro Gonzalez-Pirez and others probably has more playing time for him, justifying the price.

He only got 580 minutes for the Union this season, and for a guy who’s 33, that starts to raise longevity questions. On the other hand, he’s not super-expensive at $175k, and the Union’s defense was very good (albeit a little lucky), so being unable to crack into the lineup is not damning.

Sort of expensive, but not even approaching TAM territory yet. At 27, still has plenty of years left. However, is new enough to SKC (this season) to not have any overlap with Mike Jacobs, and requires an international spot.

Played a decent amount for the mediocre San Jose defense, a blessing and a curse when looking from a statistical perspective. However, it gets real questionable when a $270k salary comes into play.

He’s in DP/TAM territory and 31 years old. Plus, Portland’s defense (for which he played 1200 minutes) wasn’t very good last year. However, There could be some value in an MLS veteran in shaping the future of the program. Might require a pay cut to happen, though.

Played well while on a USL loan last year, and is eligible for a reserve minimum salary for another two years. There’s value in that for a 23-year old… but more value is available elsewhere in the Expansion Draft.

Only got 290 minutes for a bad Rapids defense (but that was probably as much about the coaching as the talent). He is 29, but on a senior-minimum contract, so there’s some potential value for a guy who should have a few years left in his legs.

The Rapids had a bad defense, and Rwatubyaye got only two games’ worth of action. But he has two more years eligible for a Reserve-Minimum salary, and can develop in the right situation.

He’s old (33), and well into TAM territory ($670k). But it’s Roman freakin’ Torres, man. Love the player. OK maybe my emotions are getting the best of me for a 1,200-minute guy on a mediocre-ish defense (that looked better thanks to Stefan Frei).

The Crew’s defense wasn’t all that bad, but Williams is getting up there (31) for a guy who makes $215k and doesn’t obviously stand out as a sure thing.

These guys got few or zero minutes, but have some promising characteristics:

Couldn’t get on the field for a mediocre Quakes defense this year. Not disqualifying by itself, but combined with big cap hit ($250k) and the fact that it’s his third year of barely playing for San Jose, not worth the pick.

“Got a bunch of minutes for the Revolution” is probably a negative, not a positive, given how bad the Revs were defensively. Not super-expensive ($101k), but 31 years old.

He’s 34 and makes $400k. He only got 1300ish minutes for TFC this season after getting cut by Dijon. He’s also a guy who forced a transfer overseas then wasn’t good enough to play for the team he forced said transfer to, so… while he was LAFC’s captain at the time, seems like his reputation as a locker room guy probably has evaporated.

A DP-level defender in salary, Ferreira happens to be a 30-year old who got only 1200 minutes last year. Not a lot of value to be found there. My take on whether a bad GA number or elite xGA number for the Fire is more meaningful when statistically evaluating defenders.

Makes over one million US Dollars, is 30, played over 1000 minutes for an SKC defense that may have been slightly better than the raw numbers, but was still well below average.

A 34-year old who spent almost all of last year in USL with the Las Vegas Lights? Not for me!

On a huge salary ($881k), and still only managed to be a part-time starter for the worst xGA defense in the league in New England. He’s also 31, so there’s not a long-term play here.

He played a decent amount for a decent TFC defense, but it’s hard to justify a $375k salary for a 35-year old.=

Couldn’t get on the field during a USL loan, and not on a reserve minimum contract despite being age eligible. FCC is really bad at this.

A 32-year old making nearly a milly. OCSC’s defense was underrated this year because the team as a whole was fairly shambolic, but that’s the farthest thing from a value pick.

32 years old, and has barely seen the field in two years at LAFC. Coming off a season-ending injury (suffered in late September) is not an easy thing at his age, and not worth a $200k salary outlay.

Old enough (28) to not be worth the expense (nearly $200k) when he couldn’t get on the field (474 minutes) for a bad Rapids defense. On the plus side, his 6-7 height could be used in pickup basketball games.