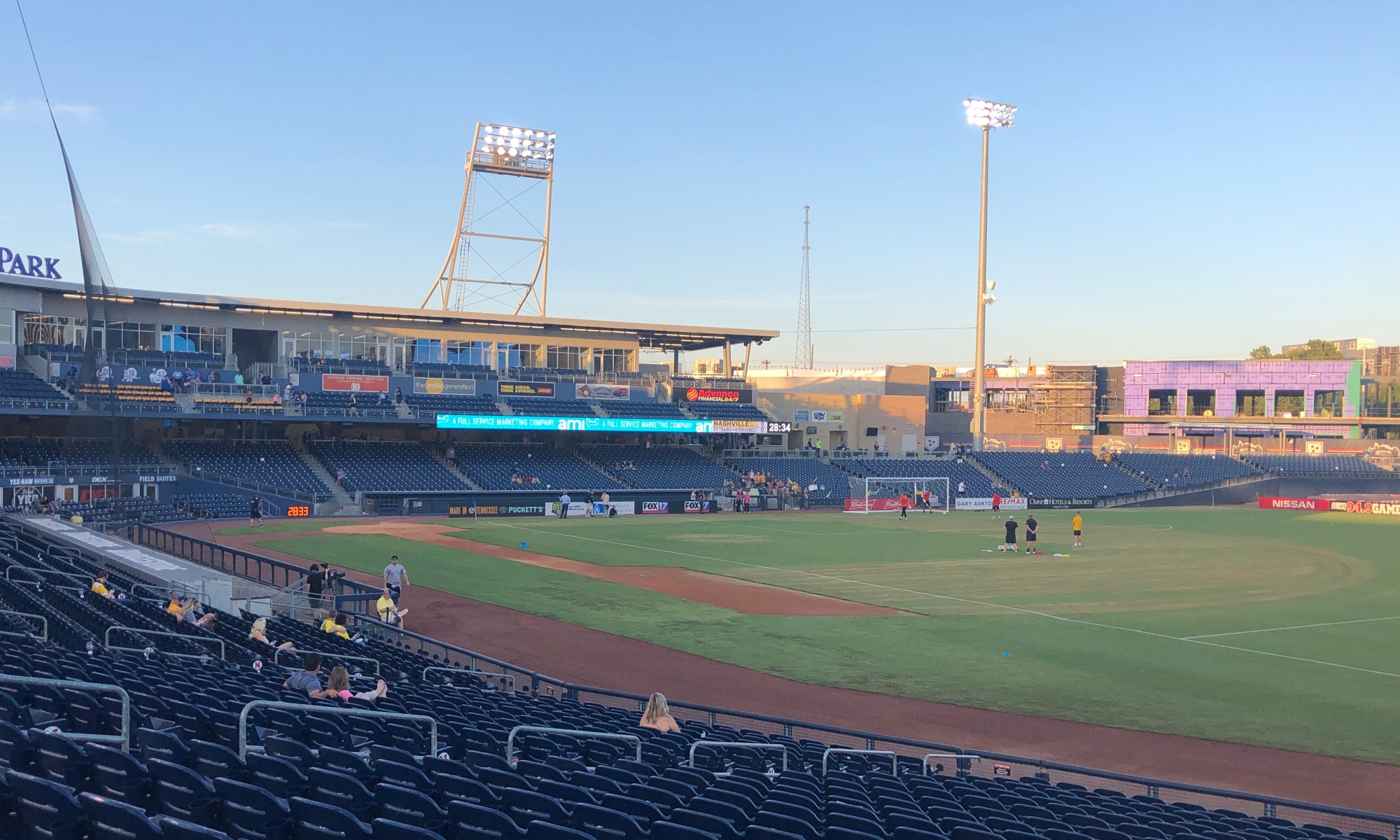 NASHVILLE – One may expect, playing the better part of 50 minutes, that Nashville SC managed to not only beat the Pittsburgh Riverhounds Saturday evening, but do it by an impressive margin. One would be wrong! It was a frustrating evening in First Tennessee Park, with the sides finishing in a 0-0 draw in front of 6,689 fans.

The Boys in Gold provided some moments of pressure, but Pittsburgh keeper Todd Morton was up to the task time and again, keeping the back of his net clean.

Indeed, it was almost Pittsburgh striking against the run of play in the 87th minute, with striker Christian Volesky earning a one-v-one with NSC’s Matt Pickens… until a tracking run from winger Alan Winn not only made the numbers far more palatable for the Boys in Gold, but also saw the young forward make a slide tackle to cut out Volesky’s run.

Nashville earned the man advantage in the 40th, when Riverhounds centerback Tobi Adewole executed a dangerous sliding tackle on Ken Tribbett. He arrived after the ball was long-gone from Tribbett’s foot, and took out the opponent with his follow-through. A slightly harsh red? Perhaps, but it certainly wasn’t one that you’d call unfair, either.

It was all for naught, though, as Nashville managed only three shots on target – all after the 80th minute of play – with the advantage, and Morton was game for all of them.

The visitors, meanwhile, didn’t put a single shot on Matt Pickens’s frame, and a strong defensive performance from Nashville was only enough to earn the draw. The result was enough to keep the Boys in Gold on track for a first-round home playoff game in the USL’s Eastern Conference, but it will certainly go down as a missed opportunity for more.