NASHVILLE – Friday evening’s friendly against Major League Soccer competition began well, with Nashville SC controlling much of the run of play against New York City FC. However, the visitors’ quality ultimately showed through after an unlucky play for Nashville opened the floodgates.

After NYCFC began to tilt the possession, a looping corner kick bounced and struck Nashville winger Kharlton Belmar in the left hand at the edge of his penalty area, and CIty’s Maxi Moralez calmly slotted the ball into the bottom-left corner of Matt Pickens’s Nashville net.

NYCFC took control from there, dominating possession while Nashville couldn’t use its own high press and possession-heavy style to counteract that of the MLS side. In the 40th minute, new NYCFC signing Alexandru Mitriță cut in from the left wing, nutmegged NSC midfielder Matt LaGrassa, and launched a shot from just outside the area that left keeper Matt Pickens with no chance.

Heading into the locker room, Nashville has its work cut out for it to compete for a result in half number two. 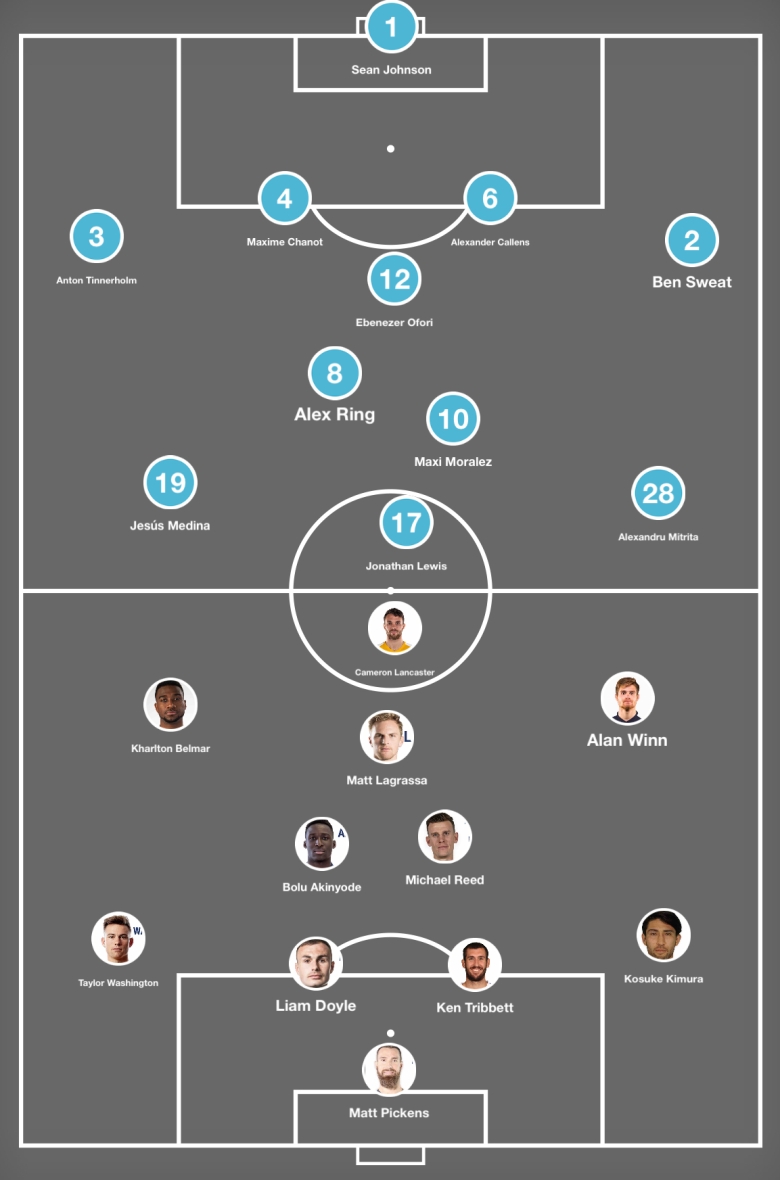