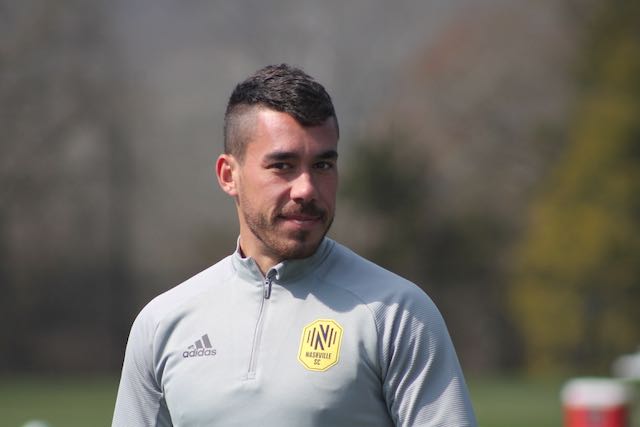 We’re in the home stretch. Everyone in the Eastern Conference now has two games remaining, aside from the Orlando/Columbus makeup game (Nashville and Chicago are caught up on games with their Eastern Conference brethren for the time being) this Wednesday.

Where can Nashville finish?

The Boys in Gold are locked in the table behind Philadelphia (44 points) and Toronto (41 points), and can catch Columbus on 35 points, but will not be able to match them in tiebreakers (the Crew boast 10 wins to Nashville’s seven, and there isn’t enough time to make up that gap). NSC, having racked up 29 points, is also locked ahead of Cincinnati (22 points maximum), Atlanta (25 max), Miami and DC (27 max), and Chicago (28 max).

Nashville can catch Orlando on 35 points, and equal the Lions on the first tiebreaker (nine wins), but would have to make up a massive goal differential – OCSC is +14 while Nashville is +2 – in the next few days to have a chance to finish fourth on the table. Possible, but not realistic. If you’re hopeful that Orlando loses twice by bad margins (and Nashville beats Dallas by a big margin Wednesday), setting up a scenario when NSC has to win 3-0 or so to pass Orlando, more power to ya. Similarly, Montreal can technically catch – and pass – Nashville with two wins if the Boys in Gold lose twice (though any dropped points from Montreal or gained points for Nashville will put an end to that bid).

Realistically, the group of opponents that Nashville is jockeying against Are NYCFC (33 points), New England, and New York Red Bulls (29 points). Finishing ahead of two of those teams gives Nashville a first-round bye in the playoffs. It is worth noting that Nashville would lose any tiebreakers to the New York teams, and it would come down to goal differential for the tiebreaker against New England.

Without further ado, your interests in rootin:

This is a game that’s not directly impactful, but if Philadelphia is still in a dogfight with Toronto FC come Decision Day, those two take on New England and NYCFC, respectively, and will have all the motivation in the world to make sure they take care of business to try to get the shield. Given the opponents, that would help Nashville SC.

This doesn’t affect Nashville at all, and almost certainly doesn’t have (direct) impact on the playoff field. But seeing Cincy go down is always worthwhile.

This is a tough one: both teams are right in the mix for Nashville’s finish positions. A New York City FC win moves them out of a range where Nashville can catch them, so you definitely don’t want that (as long as you have faith NSC can win the final two games). A Red Bulls win does give NYRB a better opportunity to finish ahead of NSC, but having the teams on 33 and 32 points still gives Nashville hope. If the teams draw, Nashville still has a chance to pass NYCFC while standing a very good opportunity to stay ahead of Red Bulls, but it gets a little tougher.

If you’re willing to give up on a fifth- or maybe even sixth-place finish in the name of a home first-round playoff game – that is to say, give up the chance of passing City for a better shot of finishing ahead of NYRB – NYCFC knocking down the Red Bulls is certainly something that would be OK here (I’m a “dream big” guy, but it’s definitely reasonable).

Are we doin’ this? Might as well pull for it until it can’t happen. The Orlando City win Wednesday was bad for Nashville SC in this regard (and it also meant NSC clinched the playoffs while idle, instead of the excitement of doing it with last night’s result). If Montreal can close the GD gap between Orlando and Nashville to nine or 10 goals, there’s a realistic mechanism (for Orlando: a big loss to Columbus Wednesday, and then Nashville running up the score in a head-to-head) that a top-four finish is still possible. Otherwise, not sweating the chance that Montreal catches NSC is preferred.

This is the most obvious rooting interest (and therefore probably the most important result) of the day. A DC win makes it tougher for New England to finish ahead of NSC. A multi-goal DC win gives Nashville some tiebreaker love against the Revs, as well.

This is another that’s not directly impactful. However, you’d like Toronto to be in play for the Supporters’ Shield going into decision day for added motivation against Red Bulls that day.

In the 10 remaining games that can impact Nashville SC’s final seeding in the Eastern Conference, there are 59,049 combined possible outcomes. 324 of those include some situation in which NSC finishes in a tie for fourth place. Of course, in most of those scenarios, they’d still have to win a tiebreaker to earn the position (remember: they cannot win tiebreakers against either New York team, and have a tough hill to climb winning them over Orlando).

Assuming each game has equal likelihood of win/loss/draw, here are the odds of Nashville finishing in at least a tie for the following positions:

Fifth and sixth seem like the most likely outcomes in the table, even if we’re making assumptions about results that the simple probabilities will not: a win over FC Dallas isn’t guaranteed, but seems likely with a 2-0-1 record in two away contests and a home one so far this year. The Orlando game would still have the potential to represent the difference between fifth place (even fourth!) or seventh in the final table.

There are too many tiebreaker scenarios around – Nashville can win or lose tiebreakers against Orlando and New England at this point, but loses them to any of the other three teams in the event of a tie – to know for sure what can happen.