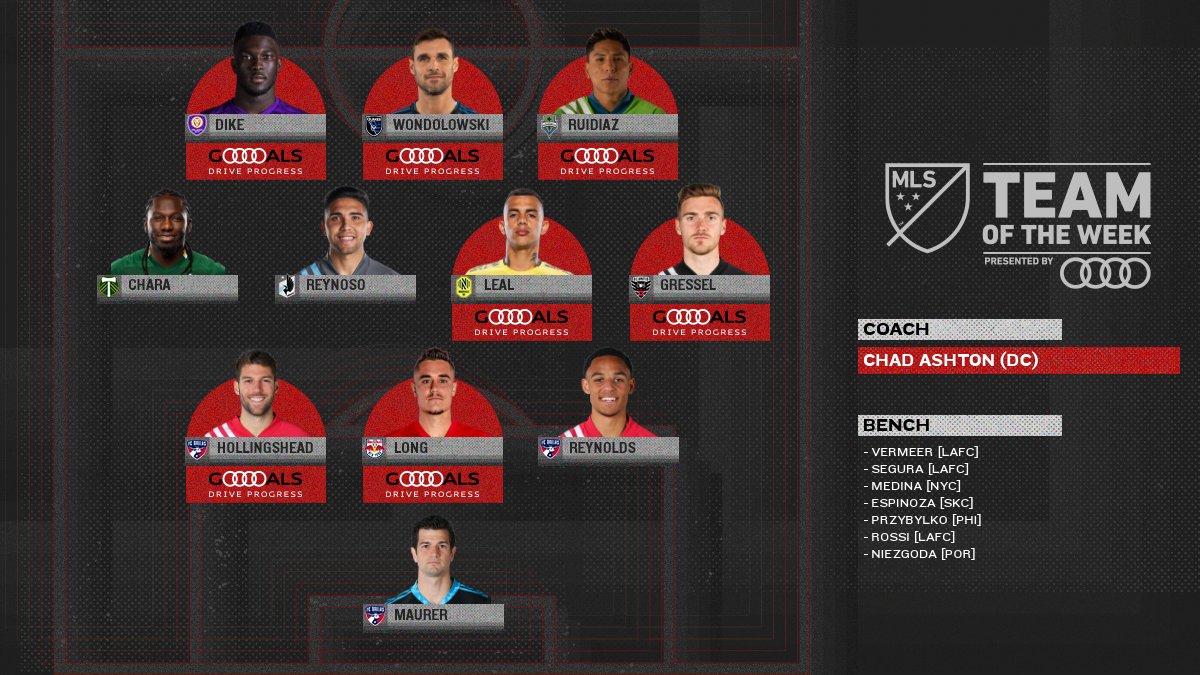 After scoring the game-winning goal in a crucial victory over Montreal impact – and putting in a defensive shift that may have surprised newcomers to Nashville SC – Randall Leal has been named to the Major League Soccer Team of the Week for Week 21, the second time in just four days* he has made a TOTW.

* Thanks to the compressed schedule of the restart, the gameweeks have largely come every three or four days since late August.

Leal took three shots in addition to his quick-strike goal (after a restart on a savvy assist from Alex Muyl), though only one managed to find the target. He also completed 40/49 passes and 4/7 dribbles, and on the defensive side notched one tackle, two interceptions, and 10 ball recoveries (the latter number leading the team in the clean-sheet performance).

Leal came in sixth place in MLS Player of the Week voting with 5.4% of the total vote. San Jose Earthquakes’ Chris Wondolowski was the runaway winner). North American Soccer Reporters – in the interest of full disclosure, I am the secretary of this organization – account for 75% of the voting (and 100% of Leal’s votes) with MLS fans on social media making up the remaining portion.

Leal is the first-ever NSC player to earn multiple Team of the Week selections. He was joined on Monday’s (Matchday 20) team of the week by defender Walker Zimmerman. Hany Mukhtar (Week 18, and to-date only Player of the Week), Dax McCarty (Week 11, runner-up to POTW Jordan Morris), Gary Smith (Week 11 coach), and Joe Willis (Week 15) have all made the list. Boys in Gold have also made the “bench” – TOTW runners-up, effectively – four times: Leal (Week 9), Aníbal Godoy (Week 13), Daniel Ríos (Week 14), and Zimmerman (Week 17).