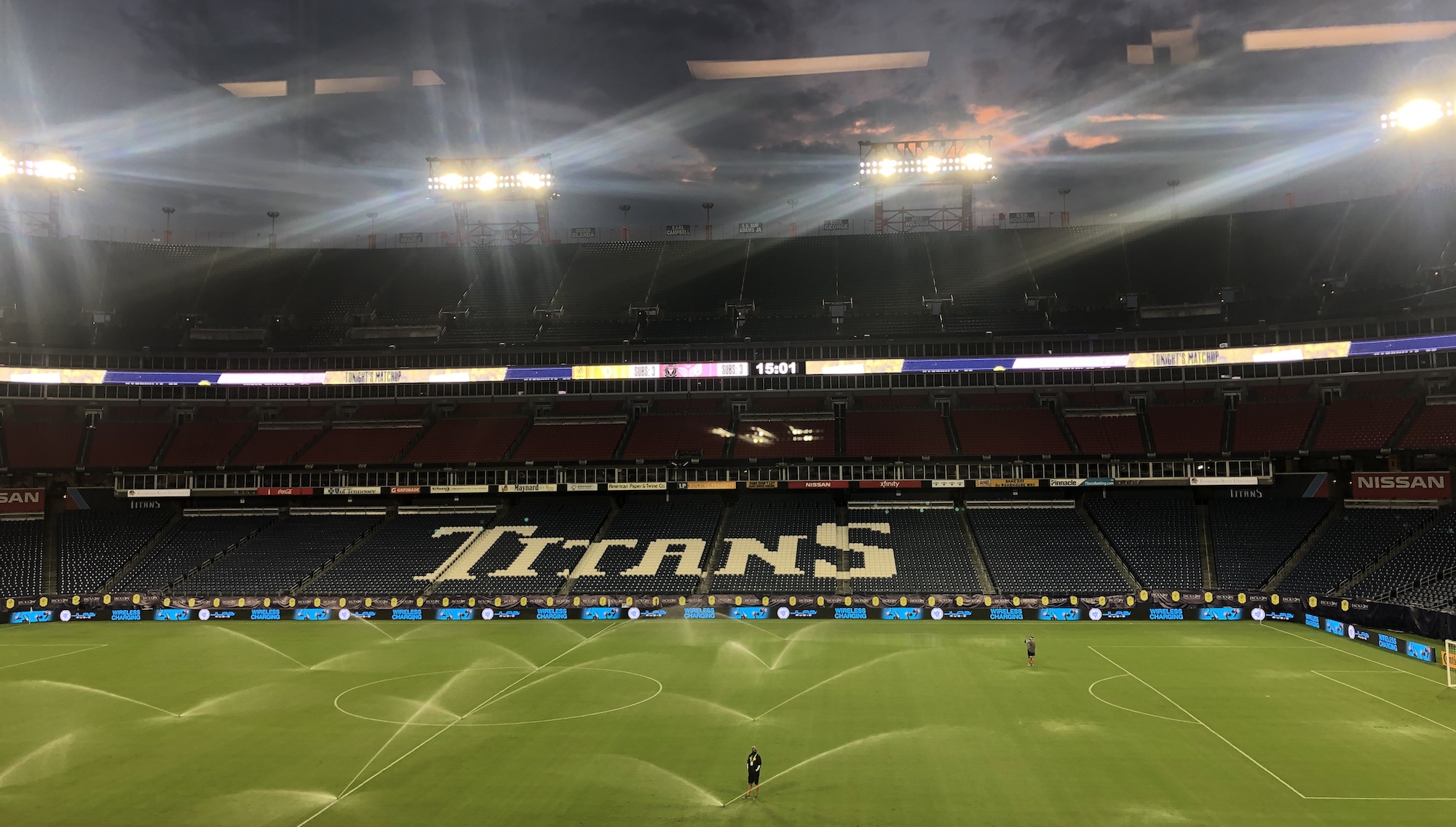 When Derrick Jones sent a goalmouth chance just wide in the fifth minutes, Nashville SC certainly felt like it was a wasted opportunity their team would come to regret. The likelihood of another chance so golden was slim, and lo, it came to pass that another didn’t materialize.

However, it doesn’t take a shot with an expected goals value close to 1.00 to find the back of the net. The Boys in Gold created many more chances – they had 10 total shots, 10 of them on-target – in addition to controlling the ball for much of the contest. A lack of finishing can be forgiven when a team is without a true striker (Nashville had none available), but at a certain point, those who are available need to make the plays. Nashville didn’t on this evening, and the silver lining is that they didn’t allow the Loons to score one themselves. In the end, a draw was fair, even if the end-to-end action may have given the impression that it wouldn’t be a scoreless one.

With a fluid front four of Matt LaGrassa, Derrick Jones, Alex Muyl, and Randall Leal – all midfielders – Nashville managed to create as much danger on the opposing goal as they have in any game all season. The fine-tuning to put more of those opportunities on the net, and to beat the keeper with some of them… well, that’s been a season-long process and one that hasn’t found its end product just yet. Even with that in mind, Nashville’s cushion in the table – up to eighth, on the same number of games played as their Eastern Conference compatriots – won’t last long if the team can’t find the back of the net with any consistency.

Fortunately, a second-straight sterling performance from goalkeeper Joe Willis – whose four saves included a couple point-blank stops – along with a strong effort from the backline meant NSC was rarely in any risk of losing the game. It was Willis’s seventh shutout of the season, improving on his career-high mark established on Saturday.

After just two days of rest heading into this one, they’ll have a bit more time to prepare for their Sunday trip to Kansas City, where they’ll take on the No. 3 team in the West.