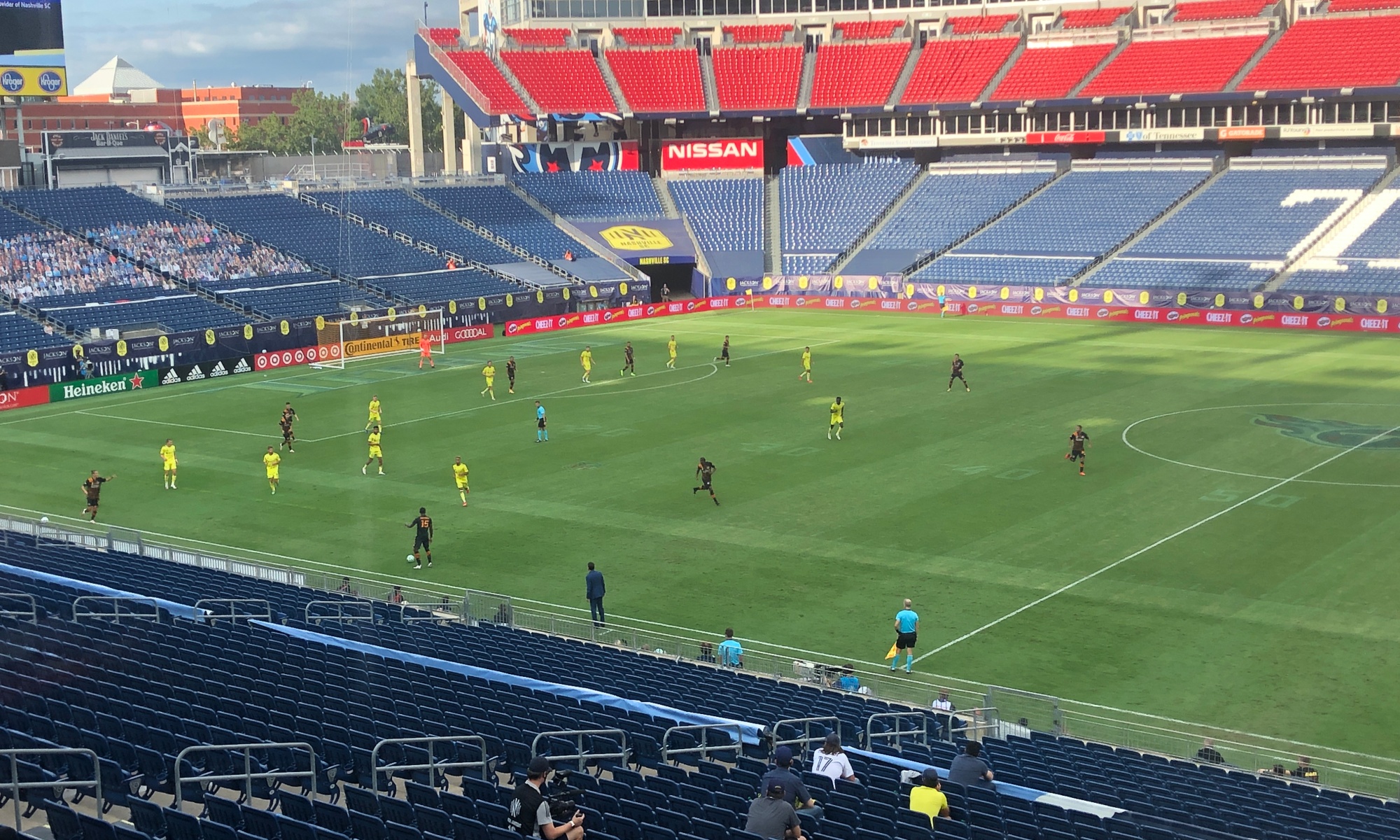 NASHVILLE – Through one half of play, Nashville SC had no choice but to feel very unlucky. A 22nd-minute penlaty was signaled after midfielder Hany Mukhtar was taken down on the fast break before center official Rubiel Vazquez checked with his linesman and adjudged the German offside. Striker Daniel Ríos found the back of the net on a break of his own, before he too was robbed by the linesman’s flag.

Ríos would get his revenge in the second half, but Houston would equalize late-on to split the points.

Halftime substitute Derrick Jones made an immediate impact, with a juggling sequence to beat a defender and put himself into space. He squared to Ríos who easily slotted past Houston keeper Marko Marić to give the hosts a 49th-minute lead. Houston would not be denied though, and with the Dynamo sending numbers forward late-on, earned a corner kick that would allow them to equalize. A Joe Willis punch didn’t clear the initial service, and Dynamo winger Darwin Quintero crossed to the far post, where centerback Maynor Figueroa nodded home in the 89th.

While Nashville certainly had other opportunities to extend its lead, the team will certainly feel disappointed with quick VAR checks on both first-half offside calls. Either of them going the other direction could have helped the squad turn the game into one with an insurmountable lead. However, against a high-octane attack like Houston’s, Nashville didn’t open up enough of a difference between the sides, and the Dynamo had just enough in the tank to earn the tie.

The Dynamo doubled up NSC in shots (18-9), and even more than that in shots on-target (8-3). Houston also boasted a possession advantage, and although much of that came while chasing the game, both frames saw the Dynamo on the front foot in terms of possessing the ball.

With the draw, Nashville maintains a No. 9 position in the Eastern Conference table (wins, not goal differential, separates teams tied on points, so Montreal Impact holds the tiebreaker). The Boys in Gold have the midweek off before trekking to New England next Saturday.