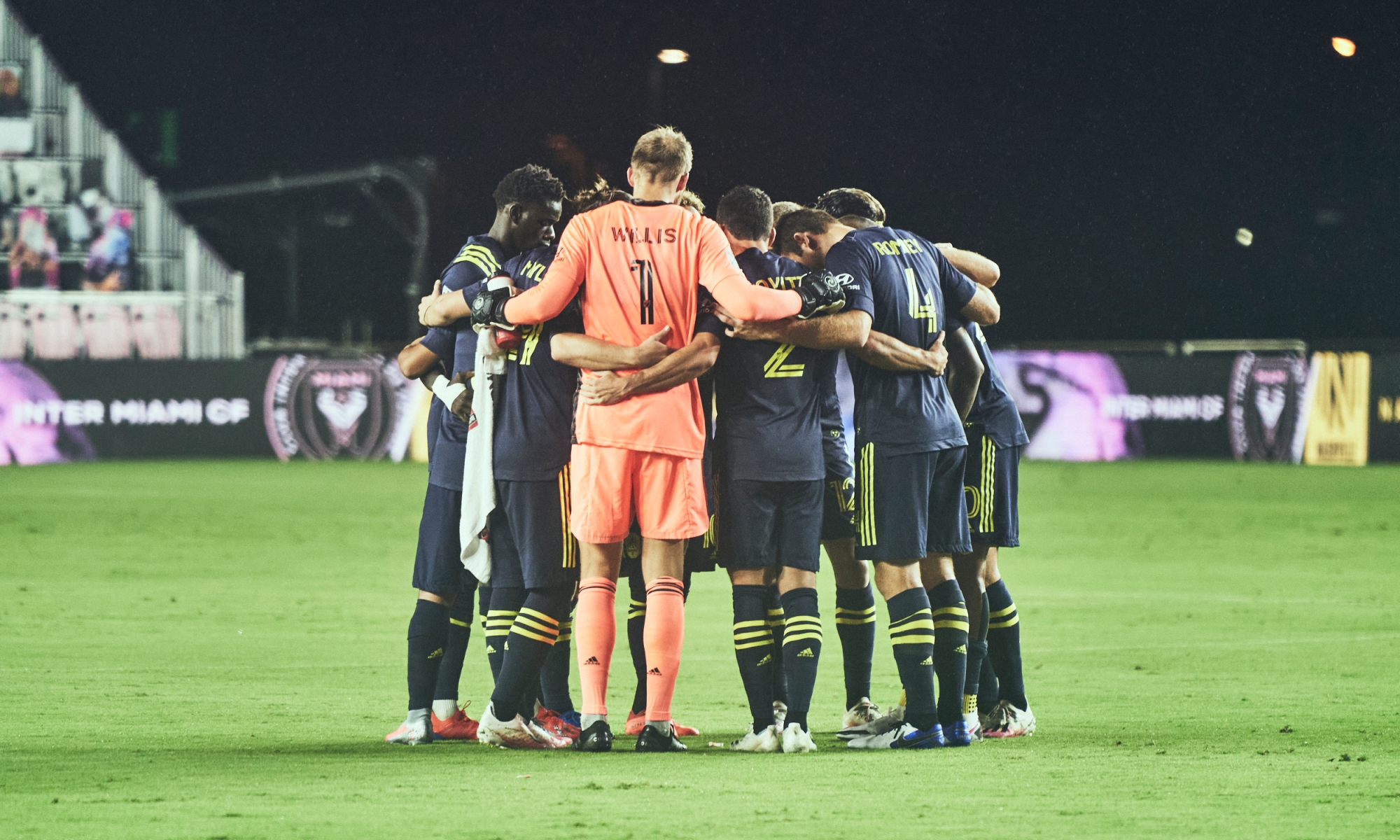 Welcome to The Wrap, running through all the postgame content after Nashville SC’s 0-0 draw against a struggling-but-talented Inter Miami CF.

Despite the lack of a scoring strike, it was an exciting, up-and-down game with a number of strong chances for each side. The home team had a slight possession advantage, but Nashville SC outshot IMCF 16-13. The Herons had the advantage in shots on goal, forcing keeper Joe Willis into five saves while NSC only bothered Luis Robles on four occasions.

One moment in particular will haunt Nashville as they head home from South Florida this evening, and that’s because it didn’t make Robles work. Left back Dan Lovitz earned a one-on-one chance against the veteran, and although he beat the keeper, his shot with 10 minutes remaining in regular time was pulled just wide of the post.

In this one, it may be: what if an 80th-minute attempt from Daniel Lovitz had been just inches to the left, tucking inside the post rather than glancing off the outside of it?

“It’s the easiest one to pick out because of the clear-cut nature of it,” Smith said. “But I did think that there were two or three others.

“It’s the easiest one to pick out because of the clear-cut nature of it. But I did think that there were two or three others. Drake’s mentioned the corner or set-piece, Hany did well a couple times. There’ve been some really nice moments that we haven’t converted again. It’s been the achilles heel for this team.

The Graphical looked at a few bright signs from the game… but also the disappointment in ability to find the back of the net (or the front of it):

You’d… like to see them be a little more goal-dangerous, though:

10 of those 16 shots came from outside the box, only one of which was on-target. Three Nashville shots were blocked before they could trouble keeper Luis Robles, and two of those blocks occurred well outside his penalty area.

And finally, the voting post for Community Ratings, and your results:

Don’t forget you can type in the box below the numerical value each week!