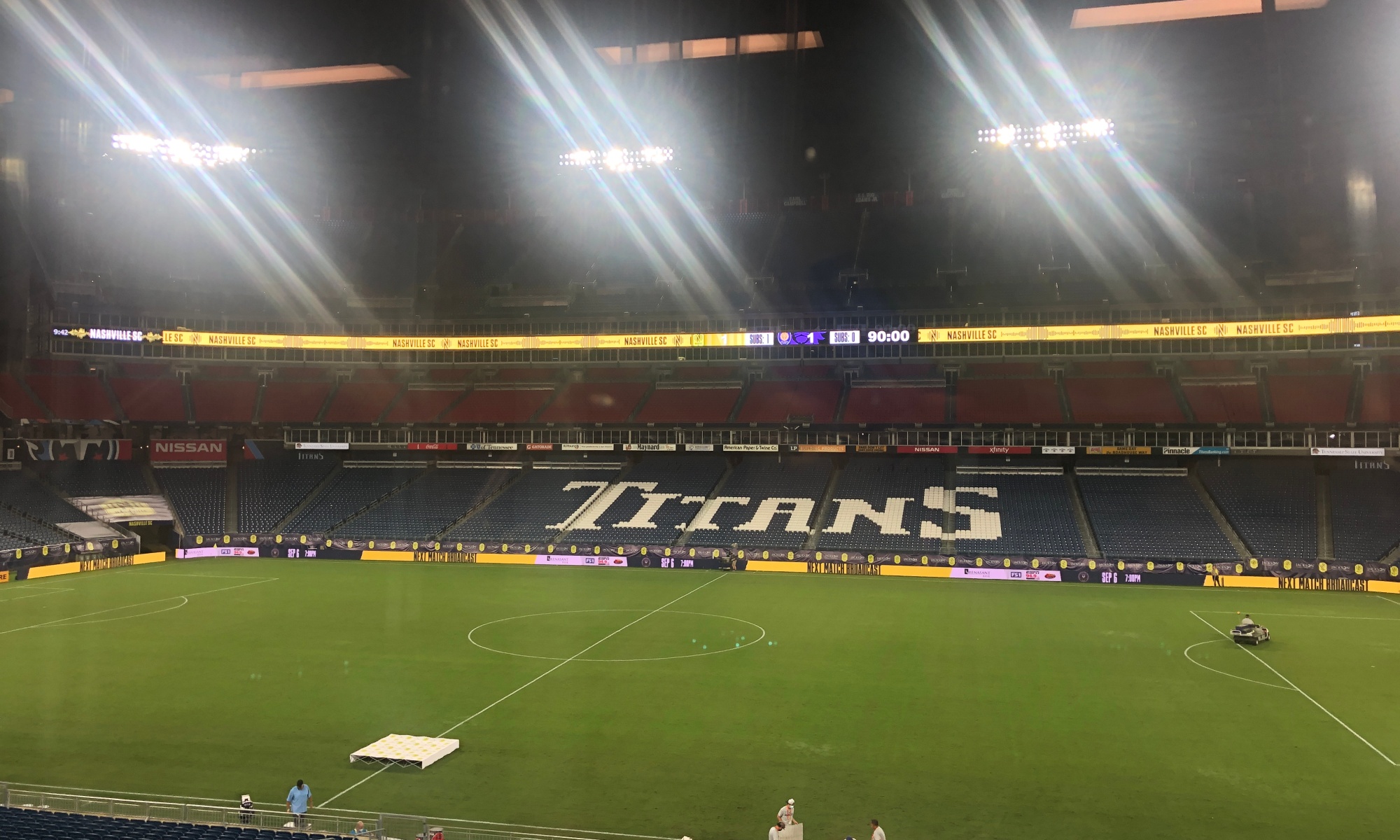 NASHVILLE – What a difference a week – or perhaps a change of venue – makes. Nashville SC traveled to Orlando last Wednesday and took one on the chin. In the friendly confines of Nissan Stadium, they didn’t quite return the favor, but the Boys in Gold managed to earn a draw against Orlando City SC with a second-half goal to earn a 1-1 result.

A sense of foreboding loomed over the first half, with Nashville SC unable to progress the ball through Orlando’s crowded and organized midfield. When winger Benji Michel laced a long shot into the far side-netting in the 17th minute, things were looking grim for NSC. When they were unable to respond – with second balls regularly falling to Lions players, rather than Nashville SC players – a comeback looked unlikely.

Enter Nashville’s two designated players. Attacking midfielder Hany Mukhtar and winger Randall Leal have been maligned for their lack of precision since MLS’s restart, and often that criticism has been warranted. They linked up directly out of the locker room to deliver a beautiful goal for Nashville SC.

Interplay between Leal, Mukhtar, and defensive midfielder Aníbal Godoy saw Mukhtar slip Leal through on goal, and the Costa Rican made no mistake slamming the ball home past Orlando City keeper Pedro Gallese.

That score seemed to give Nashville SC new life, with a number of chances in the attacking third, including two more shots on goal. The Boys in Gold were unable to break through again, however. Instead, they found themselves fending off a number of late attacks from the Lions as they pushed for a winner.

From a Nashville perspective, a single point in the table is not ideal. Against one of the hottest teams in Major League Soccer, though, it’s hardly anything to be upset about.