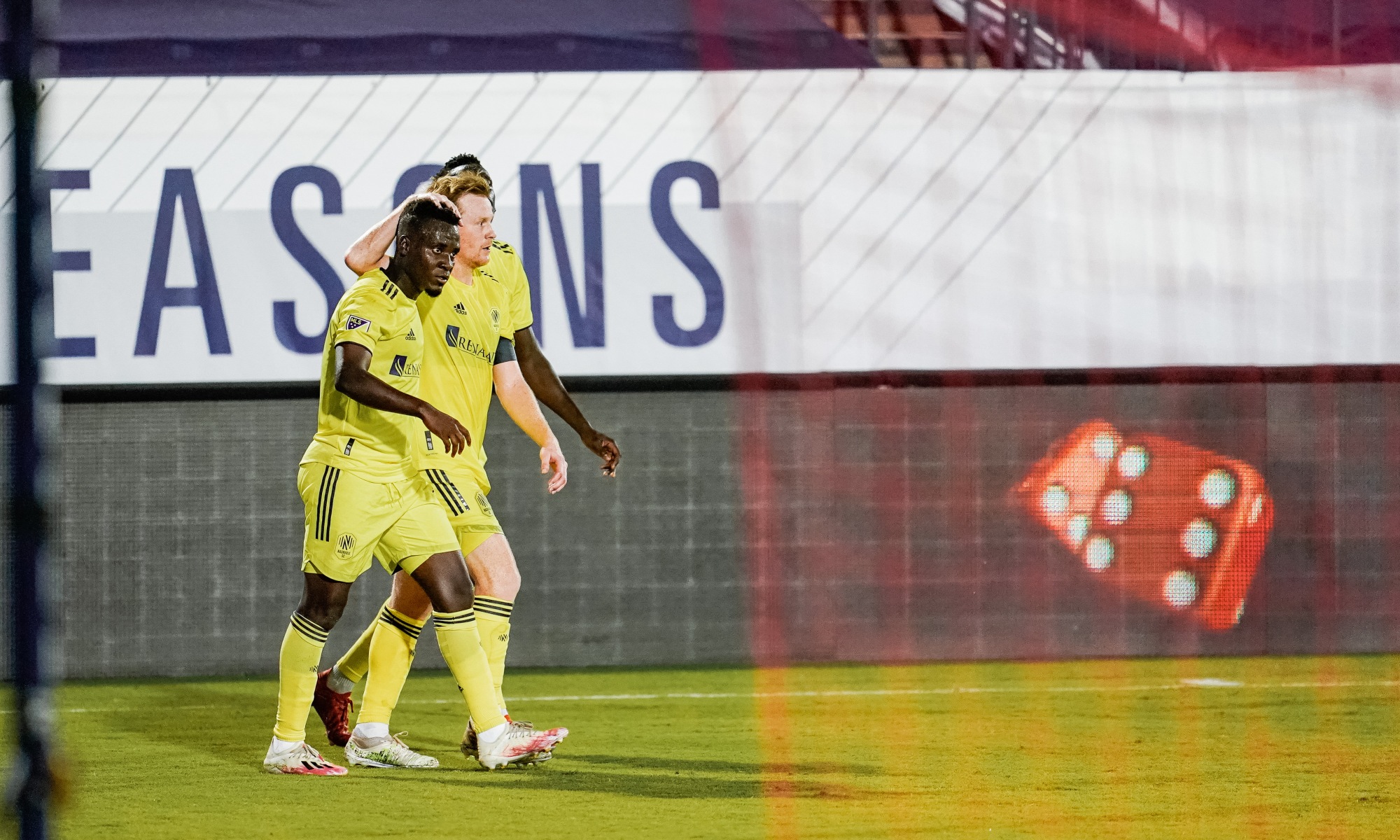 Through two games in the 2020 season, Nashville SC goalkeeper Joe Willis had recorded all of one (1) save. That’s not because the veteran performed poorly, either. The team only allowed three goals across those contests against Atlanta United and Portland Timbers FC, and it’d be hard to fault Willis much on any of them.

He was drawn into a much larger role Wednesday evening in Dallas, and in his team’s first live action in five months, Willis stood tall. He made five saves en route to the first clean sheet in the club’s MLS history, and commanded his box to deal with three crosses, as well.

“To be honest, I almost like it more,” he said of his action-packed evening. “You have to stay focused, you have to stay tuned in the whole time. We knew coming into it that it was going to be a grind. Usually that means sitting back a little more and taking some more pressure from the opposing attack. So I came into this game thinking that I was going to have to do more work than in the first two games. I think from the start, the mentality was maybe a little different. That has to be the mentality of a goalkeeper coming into any game: no matter how much action you end up seeing, you have to be prepared to be facing shots all night.”

Willis’s efforts might have gone for naught if not for a fantastic strike from winger David Accam, who provided the winning margin, providing Nashville its first win – and FC Dallas its first loss – of the 2020 season.

Just minutes after coming onto the pitch, the Ghanaian veteran collected a pass from midfielder Dax McCarty near the midfield stripe, and did the rest himself. Accam drove into the box, cut onto his preferred right foot, and fired home in the 86th.

“I love games like this,” Accam said. “My speed and one-v-one is my strength. When the game was open like this, before I came on, that was the formation they told me: just defend and be ready to go on a counter on the loose ball. So when I got the ball, I was just positive. Positive thoughts went through my mind, I was like, ‘I should just go for the kill.’ And I went.”

Steve Guppy is usually Accam’s position coach, working with the wingers as an assistant on Gary Smith’s staff. On the evening, though, he had a bigger role: walking the touchline in Smith’s place, with the headman left behind in Nashville thanks to an inconclusive (later confirmed as a false-positive) test for the novel coronavirus.

The winger-centric portions of Guppy’s mind lit up when he saw Accam take several key coaching points to heart.

“If you look at Dave Accam when he scored his goal, he drives at the fullback,” Guppy explained. “He drives at the fullback, skips on. He could have gone out wide, but he was positive, the angle of approach was fantastic, it put the defender in all sort of trouble. It’s something we try and drill into them every single day, in the hope that when you get these key moments in a game, that they’ve got the confidence and the quality to do it. And Dave, Dave showed tonight with a bit of positivity – a lot of bravery, in fact – where he drove at the defender, he risked losing the ball, and then of course a little trick, to the side, smashed to the back of the net. Absolutely, what a wonderful feeling.”

The only bittersweet part of the contest was Smith’s absence. Even in his absence, he was involved in the game. He helped install the plan, and even joined the locker room via phone at halftime to give his feedback, and help Guppy plan some substitutions after the break.

Not being physically present, though, had to be difficult for Smith. Guppy was quick to give full credit to his boss for his role in the win.

“Let’s enjoy it, but tinged with a bit of sadness as well, because Gary Smith has put so much effort and energy into setting this team up, and settling this team with [General Manager] Mike Jacobs.” Guppy said. “It’s such a shame that he’s not here to enjoy it, our first win. We’ll have to acknowledge what an unbelievable job he’s done in assembling this team, but tonight we managed to get it over the line for him.”

With key blocked shots in the final minutes of the game from centerback Walker Zimmerman and rookie fullback Alistair Johnston, it was truly a team effort in reaching that finish line.

Of course, a single win does not a season make: the Boys in Gold will be right back at it in short order. After arriving in Nashville at nearly 2 a.m. this morning, they’ll make a return trip to Dallas in just a couple days for a second makeup game against FCD after both were withdrawn from the MLS is Back tournament by the league. 22 more contests remain tentatively planned for the rest of a regular season that remains in flux in the COVID-19 era.

After five months off, though, the team was simply happy to be on the field – and particularly so, given the result.

“It’s amazing,” Accam said. “It’s a great feeling, because I haven’t had this in a long time. Last year and this year’s been really tough for me and my family with everything. With the tornado, the virus, everything. I was just happy to be on the field, and it’s a bonus to score and also help the team get our first win of the season.”

After racking up the first three points in MLS history for the club, certainly they’ll take a moment to enjoy the victory. But it’ll be on to the next one in short order.

“We’ll definitely enjoy the win tonight, and then tomorrow we’ll be back in and then we’ll start preparing for Sunday,” said Willis, presumably with a massive grin that only his surgical mask could obscure.