Welcome to Boys in Not Gold. Wonder what Nashville SC’s players on loan (or on national team duty) are up to? Here’s your regular recap.

On loan with Louisville City FC in the USL Championship.

The lone loan (#wordplay) of note for a Nashville SC player this week was Cameron Lancaster’s return to Louisville. Luke Haakenson’s Charlotte Independence still a couple weeks away from returning to the field and Jack Maher recalled to NSC (at least for now. Given the Independence will be hitting the pitch before Nashville, I wonder if he’ll be sent back out, as long as he’s not one of the players with a positive coronavirus test). 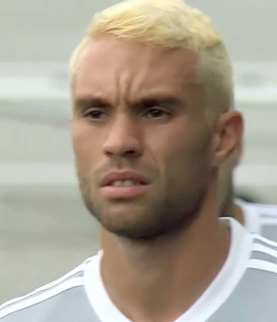 Lancaster was in the starting lineups and played all 108(!) minutes for Louisville City FC in the team’s 3-1 loss to Pittsburgh Riverhounds. He took three shots (two on target), completed 7/9 passes, won 2/6 duels (1/4 aerial duels) and committed one foul.

On the other side of the field, former Nashville SC forward Ropapa Mensah had a major impact, subbed out in the 67th minute after providing two assists, including on the game-winner to Robbie Mertz.

Each had a teammate in the lineup who overlapped with their respective times as Boys in Gold, as well: centerback Jimmy Ockford went 55 minutes for Louisville, while wingback Ryan James (who played alongside Mensah in 2018, and provided the game-tying assist against Nashville last year in Pittsburgh) went the distance.