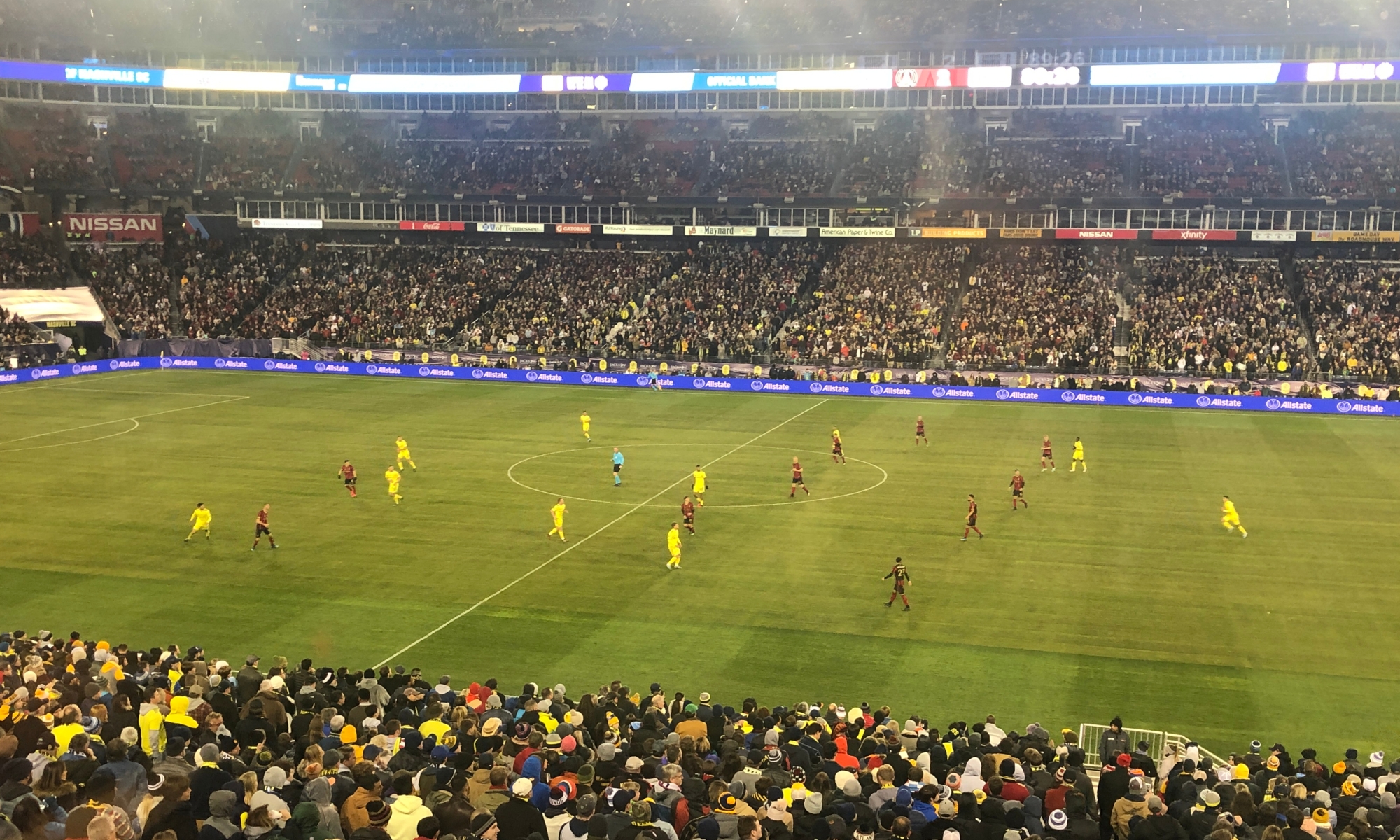 Soccer is at a standstill. Sports are at a standstill. Heck, society is basically at a standstill. With that, we’ll go into a two-game review of Nashville SC’s season to date, and what we’ve learned to take into the time when the season resumes. See part two, with individual observations, here.

This is a soccer blog. It will have a brief public-health aside: even if you feel fine, please adhere to social distancing guidelines for the time being. Coronavirus is no joke. Even if you think it is – I can tell you unequivocally that it is not, despite what your crazy uncle has written on Facebook – take this into account: the quicker it is under control, the sooner sports get to come back! If “killing your parents and neighbors” isn’t enough of a deterrent for you, “prolonging this horrible time without sports” will hopefully move the needle.

Overall quality. Our limited dataset applies not only to Nashville SC, but also to the two teams the Boys in Gold have played to date. We don’t know how good Atlanta United and Portland Timbers are going to be as measuring sticks. However, each is on a three-year postseason streak (in Atlanta’s case, that means the entire life of the franchise), and we can safely assume that even if they aren’t up to historical standards, they are going to be – at minimum – pretty good.

It’d be fair to say that Nashville SC exceeded expectations in both games: they won the Expected Goals battle in each (typical explainer goes here: you don’t get any points in the table for winning expected goals while losing the game, however xG differential is more closely correlated with future results than even past results are). There is still reason to maintain a healthy skepticism: both opponents fully packed in to defend after about the 60th minute, and you could perhaps fairly say that even earlier about Portland. Teams trailing tend to create more goal-scoring chances than teams leading.

However, Nashville SC managed to create a number of chances against both, and it took world-class strikes by each to win the games. Over time, one would expect some of that bad luck to level off, and Nashville will get wins and draws.

Defense better than expected. The defense entered the year as the team’s strength, and it’d be fair to say that it’s outperformed even those high expectations.

Portland took just three shots, while Atlanta took just six. Each of them finished with under one-quarter of an expected goal. Nashville doesn’t get to cash that statistical disparity in for any wins or points, but as noted above, it’s probably more-closely correlated with future outcomes than the fact that 0.42 xG-against turned into three G-against.

With a little better luck when it comes to opponents’ low-value shots (not) going in, the defense will look better statistically even if it remains the same in absolute quality. It’s also worth noting that Ezequiel Barco made $1.43 million last year, Diego Valeri $2.32 million, while only Emerson Hyndman – who made the most impressive strike of the bunch – was comfortably out of DP range. Nashville will face only a handful of better-compensated players (if we’re assuming salary and quality have a correlation, and while it’s a rough one, they do). Carlos Vela… might get a couple worldies against this team. I think there’s less fear that, like, Gyasi Zardes will.

Offense about as expected. On the negative side of the ledger, expectations for Nashville SC’s offense were low, and it’s pretty much lived down to those at this point. 28 total shots taken, only 1.93 xG, and only one goal finished.

We’ll get into individuals in a moment, but for the time being, it’s fair to say that the offense has created to a good-not-great level (keep in mind that both opponents were conceding some OK looks to Nashville SC with one-goal leads to protect). The team could certainly use more creation, but more importantly, could use a bit of a finishing touch.

A common complaint about Gary Smith’s USL offenses was that the players would over-pass looking for the perfect opportunity, rather than pulling the trigger and shooting on a good opportunity. It seems, to some degree, that the pendulum has swung in the opposite direction. Finding a happy medium where the extra pass is taken if and only if it leads to a better shot… might be cooking with gas here.

Tactically flexible. Nashville has based out of a 4-2-3-1 formation, and dropped into a 4-4-2 defensively. Both of those trends have been pretty much constant (aside from very late in the Portland game, chasing a tying goal). Within those offensive and defensive setups, though, there has been a fair amount of variation.

Offensively – and given we have at least a couple weeks before new soccer is in front of our eyeballs, there’s a decent chance I’ll be film-rooming some of this – the two central midfielders (Anibal Godoy and Dax McCarty) have been able to slot into multiple different spots on the backline, allowing rotations among the attacking personnel between the wide areas and the channels, and giving both fullbacks and centerbacks the opportunities to get involved in the attack. Fullbacks have push forward to provide width in attacking areas, and they’ve even folded to the inside a bit, but they’ve also at times maintained conservative defensive positions as the players in front of them rotate. Similarly, centerbacks (namely Walker Zimmerman) approaching from the rear of the formation has imbalanced opposing schemes to slow down Nashville attacks.

Defensively, Nashville has pressured high with one or two strikers (central attacking midfielder Hany Mukhtar has pushed forward to be that second forward for the most part, but the flexibility in scheme has allowed wingers or Godoy/McCarty to fill that role as well). The team has also sat back a little more passively in a mid-block, or sprung traps that look like the mid-block and suddenly become a press at a moment’s notice. Having faced two extremely different teams to date, it’ll be interesting to see if there’s a preferred way that the team settles into, or if it thrives on being a little less predictable.

This got long! Individual player notes coming in part two.