A volleyed wonderstrike was the decider against Nashville SC for the second weekend in a row. This time, it was the Portland Timbers’ Diego Valeri whose volley found side-netting to give the hosts a victory in front of 25,518 fans at Providence Park.

Nashville SC had plenty of opportunity to equalize, but a number of chances either spoiled completely or just off-target – including a stoppage-time header from centerback Walker Zimmerman that slid past the far post – saw the Boys in Gold unable to draw level. With the loss, they drop to 0-2 on the year.

Valeri’s goal came on a reset after a cross headed away, with midfielder Andy Polo sending the ball back in, and the Argentine swinging through it first-time to beat Nashville keeper Joe Willis. Valeri was held onside by a late recovery from Nashville right back Eric Miller. All told, it was too similar – a headed clearance not completely played to safety, an offside question – to Emerson Hyndman’s winning goal for Atlanta United a week ago in Nashville.

Once again, Nashville dominated statistically, with 14 shots to just three for Portland – and even greater disparity than the loss to Atlanta United. A number of golden chances were mixed in, with a couple near-misses involved, and Portland keeper Steve Clark making four saves on Nashville’s shots on-target.

Substitutions seemed to find a solid formula for Nashville SC, with striker Daniel Ríos creating a couple moments of danger, and Abu Danladi’s speed on the right wing impressive against tired legs for a Timbers team that played nearly the entire contest in a low block, absorbing pressure from Nashville’s offense. Danladi would ultimately play just 21 minutes though, replaced by Nashville debutante (and longtime MLS midfielder) Jimmy Medranda after suffering an injury.

While Nashville still managed to create some chances – and Medranda’s potential was on display, tantalizing for Nashville fans who have hoped to see him healthy – the injury took some of the wind out of NSC’s sails, and Portland was able to ride out the victory.

Nashville will seek its first MLS result in six days’ time with a trip north of the border to take on Eastern Conference opposition Toronto FC. The game begins at 3 p.m. CDT from BMO Field. 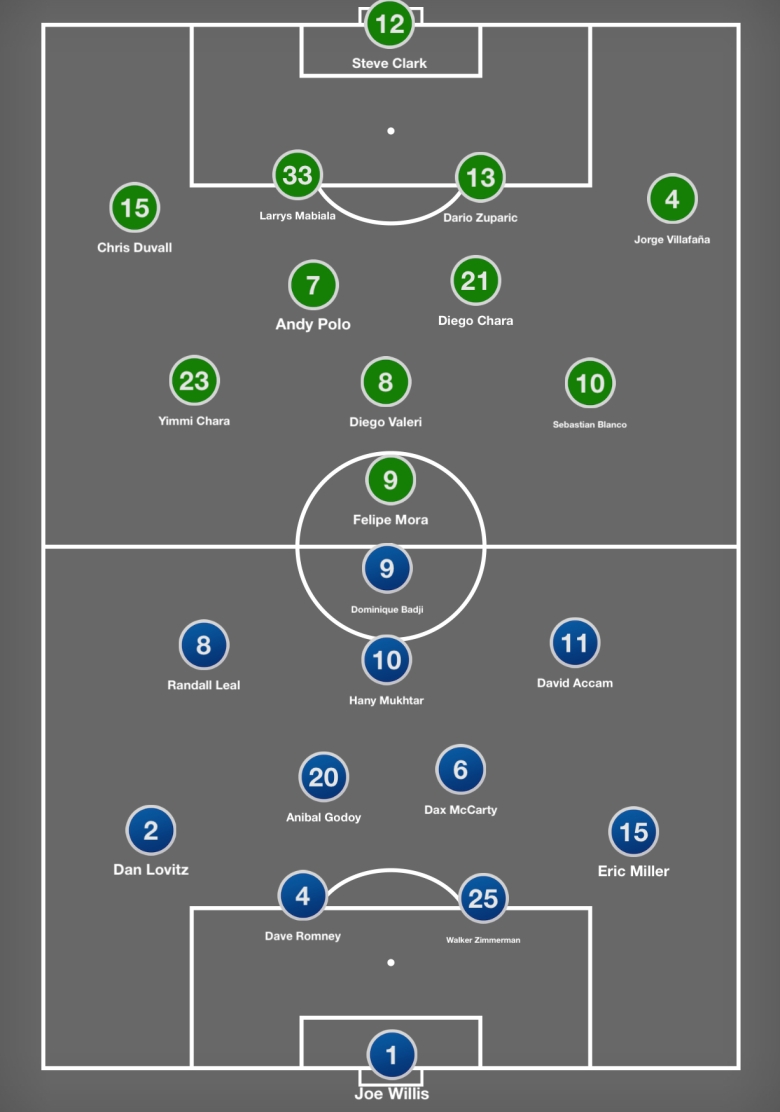