Nashville SC played a spirited Hartford Athletic side at Rentschler Field, and the hosts – despite their early-season struggles – were in no mood to acquiesce to the higher-regarded side.

While Nashville struck first with Daniel Ríos finishing off counter-attack service from Ropapa Mensah, it didn’t take Hartford long to respond. Winger Sebastian Dalgaard nodded home service from Ray Lee to knot the score at one goal apiece. The teams would go into the half level, but it felt like there were more scores in this one.

That proved to be true just 12 minutes into the second half. Nashville centerback Justin Davis – playing inside thanks to a combination of Gary Smith’s decision to play with three inside defenders, and Nashville’s personnel shortage through injury and suspension – got a paw to an attempted cross inside the box, conceding a penalty to Athletic. While keeper Matt Pickens would save the ensuing shot from the spot, the corner kick that resulted saw centerback Sem de Wit nod one into the bottom right corner.

It would be all Nashville from there, though. Lebo Moloto equalized four minutes later, and substitute Cameron Lancaster found the winner with a sublime strike outside the box in the 85th. The USL’s single-season goals record-holder made no mistake to cut onto his right and beat Hartford keeper Frederik Due to the bottom corner of his net. The Boys in Gold had solid control over the game throughout – over 56% of possession, and three times as many shots and twice as many shots on goal – but until those two moments, there had been legitimate (and justifiable) fear that counter-attacks and individual moments would do them in, with Due stealing a result for his side.

Nashville held on for dear life through a couple scary moments after taking the lead, but they managed to keep their grip on the game, winning 3-2 against a Hartford team that started the year on an awful run (0-8 through eight contests) but had only been beaten once since. If not for the direction of the final score – in Nashville’s favor – Due’s eight saves would have almost certainly seen him named the unquestioned man of the match.

Instead, it was Lancaster who played hero, and Nashville who took all three points.

NSC has a short turnaround (thanks to a Sunday date), a five-day gap that will seem like a breeze after the team’s hectic May. They host Ottawa Fury Saturday at First Tennessee Park with the opportunity to not only hold serve near the top of the Eastern Conference, but to reach as high as first in the East if other results break their way. 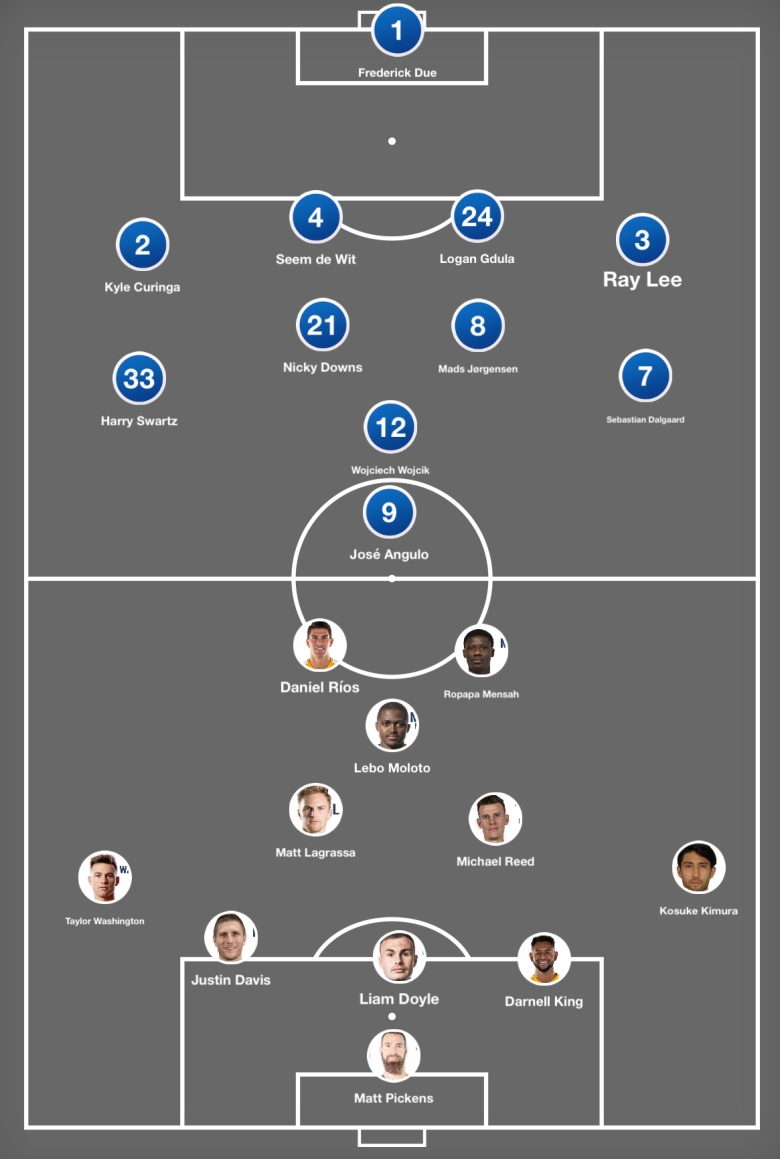