Welcome to The Wrap, wherein I recap the content from last week’s Nashville SC game.

Defensively, the formation performed to near-perfection, not allowing Pittsburgh a shot until the 61st minute. Things broke down late in the game, however. Pittsburgh would finally pull one back in the 88th, with Christian Volesky’s strike leaving just enough time remaining for the Riverhounds to find that equalizer.

What looked like a rebound from a 3-1 flop at Charleston the previous weekend turned into only half a bounceback.

“This really isn’t about tactics or construction of the team: the job’s done,” Smith said. “This is about guys knuckling down and getting the final moments done and just getting us through. That really boils down to experience and some wherewithal and some inner strength to see off a good side. Unfortunately, we haven’t been able to.”

The voting post for your community ratings, and here are the results (for what it’s worth, less than a quarter of the typical number of responses .Don’t forget to vote each game! Maybe I won’t forget to publish the ratings post immediately after the end of the game next time!):

No GIFening this week, but since I was at field-level, a photo gallery: 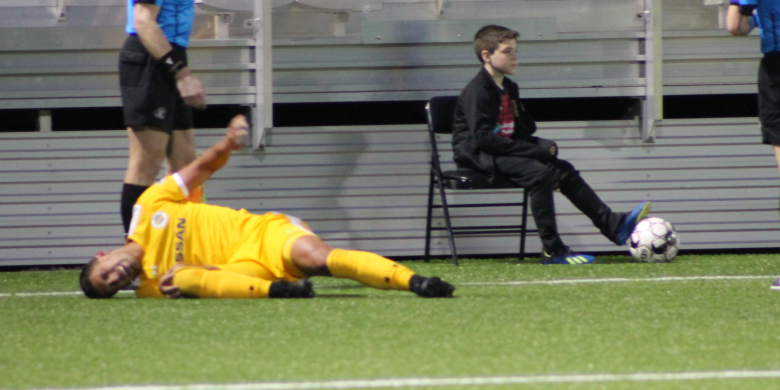 Take a look at the average positions. Your eyes didn’t deceive you, this was a pure 3-5-2: 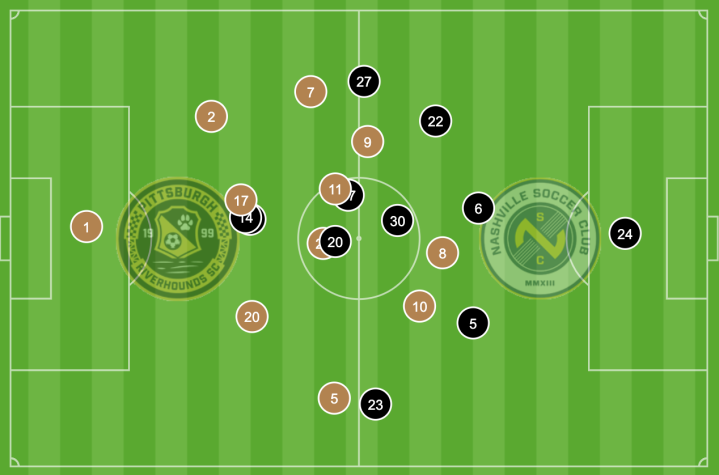 Bradley Bourgeois was pushed up just a bit higher than Liam Doyle, but from Kimura, across the back, and up to Washington, that’s unmistakeable.

More interesting to me? A switch-up in the midfield. Previously when using this formation (and also with even backline formations), Gary Smith has opted to go with a double pivot of two defensive midfielders and a No. 10. Instead, he went with a single defensive midfielder in Bolu Akinyode, and a pair of box-to-box players in Matt LaGrassa and Michael Reed.

A pair of film room pieces this week, though Pittsburgh goal No. 1

For me, the greatest sin is letting Dover get the service in unmolested. Like with last week’s film room, the other stuff is mostly minor “happens on every play”-type imperfection, and it takes allowing the perfect service for any of it to count.

…and No. 2 may not be the most fun moments to re-live. Certainly we can learn from them nonetheless.

Guys are playing positions that are unnatural to them, alongside teammates with whom they don’t have a ton of experience, and things get thrown into a blender.

All that might not still matter if not for… 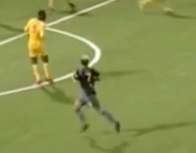 Ropapa Mensah checks his back shoulder, sees James running full-sprint to the back post, and doesn’t show a ton of interest in covering that run. Given he’s man-marking James (Kimura is inside man-marking Robbie Mertz), that’s not a super-great thing!

A couple key moments can make the different in a game, and it’s up to the players to have those moments not be negative ones in future games.