At long last, the day is here: Nashville’s professional soccer franchise will take the field tomorrow. Can they shock the world and upset one of MLS’s most expensive teams? 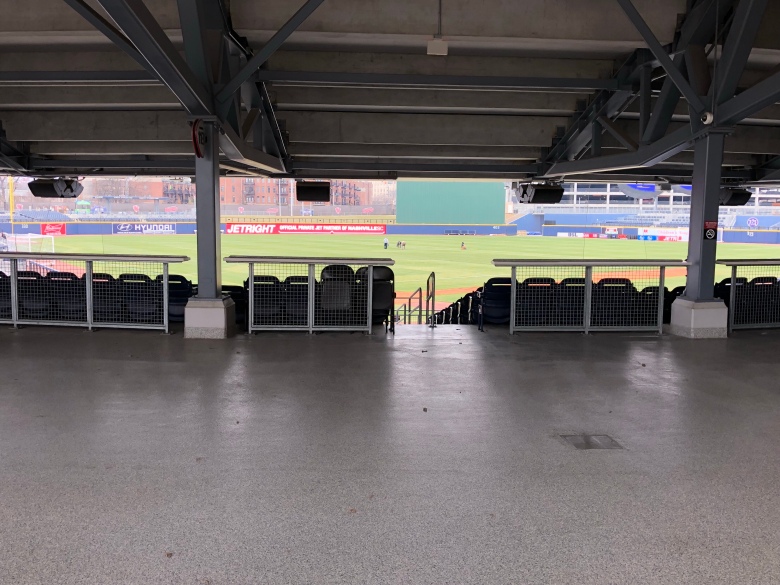 Atlanta United had an outstanding inaugural season, eclipsing most reasonable expectations for an expansion team on the field (finishing fourth in the Eastern Conference, and blowing away any MLS team in the stands (average attendance of 48,514).

That wasn’t good enough: they’ve been huge spenders – by MLS standards, at least – this offseason, adding 18-year old Argentine Ezequiel Barco for a reported $15 million (and beating out top-division clubs in Europe for him) and US international Darlington Nagbe in their most notable acquisitions. A team that finished +30 in goal differential last season has added plenty of firepower, and should be able to improve in potting goals… though the defense remains mostly static from last year.

I’m expecting Atlanta United to come out in multiple different formations, with an emphasis on the 4-3-3 that they’re expected to use in MLS play. This is, after all, a warmup game for the regular season in a lot of ways. That formation – Barco on the left, Julian Gressel on the right, and Josef Martinez in the middle – doesn’t even have last year’s second-leading scorer (Héctor “Tito” Villalba) in it update Saturday AM: Villalba is expected to miss the game with injury anyway, as are defender Michael Parkhurst and Franco Escobar and looks like an upgrade nonetheless (though obviously Villalba will be seeing plenty of time this year).

It should also present difficulties for Nashville SC, with plenty of skill and width coming forward. This will be a major challenge deep in the defensive end – though natural it will provide a bit of space through the midfield, and presumably there will be enough stretching width-wise to create some openings in the backline for offensive opportunities.

There have been some questions about where Nagbe fits in this whole team, and to a certain extent, they’re valid: he doesn’t have the defensive work-rate to be a true six or possibly even an eight, though his offensive skill certainly should allow him to be a shuttler-and distributor. This is going to be one of the more defensive roles he’s played on a large scale – he’s been a 10 with the Portland Timbers, a winger with the United States, for the most part, and even if he manages to nail the gig eventually, there are going to be some growing pains there.

The goalkeeper is US international Brad Guzan, a player who is very good for MLS but quite honestly would be a disappointment to see wearing the US jersey again, for a combination of age and form reasons. That’s part of a very old back-end for Atlanta United, and while there will probably be some youth mixed in – thanks to the nature of the friendly – the younger attacking talent of NSC, if it’s going to accomplish much of anything, is going to do it with the energy of youth.

(who will most likely not be wearing Gold, unless the club is going for the major surprise factor).

Speaking of the young attack, the one semi-controversial member of my projected starting lineup (linked above or reproduced below) was striker Tucker Hume. I think there’s an important role for him to play specifically in this game, however. I already mentioned the age and potential width issues for what I expect to see as ATL UTD’s starting formation, and a towering striker can take advantage of that. There’s also the factor of NSC needing to prepare for the regular season, and knowing how viable a strategy “play it to Tucker’s head” is going to be all season. Getting a bit more intel in live fire about that is going to be one key for me at some point.

Regardless, just about every healthy member of the squad (of both squads) is going to see time on the field. Whether Hume gets the start or not, he’ll play. Early in the game, with Kosuke Kimura and Taylor Washington (two strong crossing and offensive wingbacks) on the pitch in what everybody has projected as the starting lineup seems as good a time as any to try the header tactic.

Those defenders will also be a good match against the attacking 4-3-3 Atlanta will likely begin the game in: there’s the ability to punish a little less presence in the midfield by getting into those gaps in possession, and pushing forward to open the middle up while the Atlanta attacking personnel work back. There’s also good defensive cover from Kimura and Washington for the three center backs: they should be able to slow down those wingers and force them into less preferable areas, while the center backs get the opportunity to stomp out the remaining threat.

Offensively, this is going to be an interesting battle. The Moloto/Cox grouping behind a target striker has some ability, and Robin Shroot (who will play extensively, perhaps even more than most of his attacking teammates) is a guy who can just go out and get goals. Can they do it against an Atlanta United side that has four individual players rated by transfermarkt as more expensive than Nashville SC’s entire roster combined?

The portion of the game where NSC truly competes on even ground will probably come when the subs start coming, whether that’s because Atlanta United puts less proven/prepared players on the field, or because the energy the Boys in Gold can insert breathes a bit of life into them.

Expect the supporters’ groups to go absolutely nuts if/when Martim Galvão enters the game, by the way. If you are relatively new to following the team, this is going to seem strange. Just embrace it. 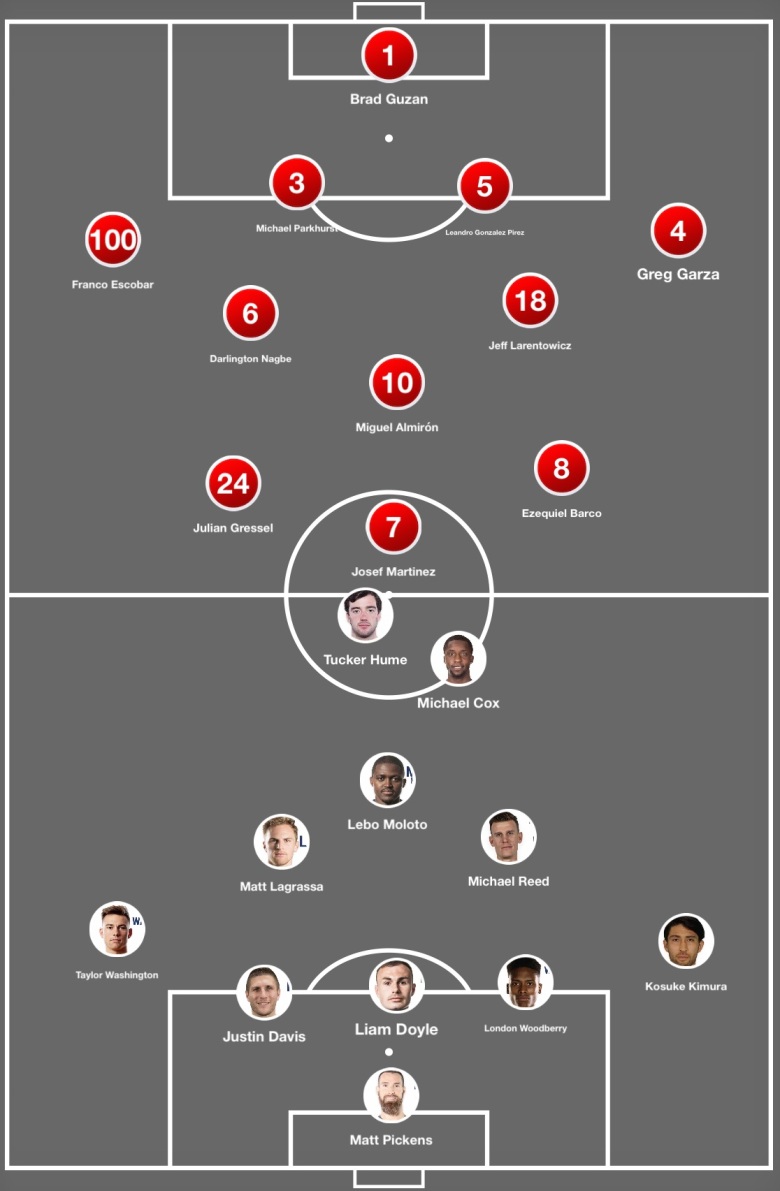 Atlanta United was a pretty good MLS team last year, and by all account should be an even better one this year. They’re going to have chemistry and tactical gains to make in the preseason, so catching them early might be a bit of a benefit, but from a man-to-man perspective “we added new players” is easier to deal with than “every one of these guys is a new player,” yeah?

This is going to be a hard-fought battle, and while both teams are preparing for their own seasons, there’s also something to be said for 1) knowing they need to put on a show in the first-ever game for Nashville SC 2) Atlanta United throwing NSC a bit of a bone (in the form of riskier tactics that can be boom-or-bust) for now, knowing they will be a rival soon enough, and 3) that new-car smell giving a bit of a lift to the Boys in Gold.

All that said, Atlanta United is an offensive powerhouse, and should show it. Nashville SC should get on the board (whether through a bit of charity or simple quality), but won’t compete to win.

What say you? Drop predictions, disagreements, etc. in the comments or hit me up on Twitter @ClubCountryUSA.