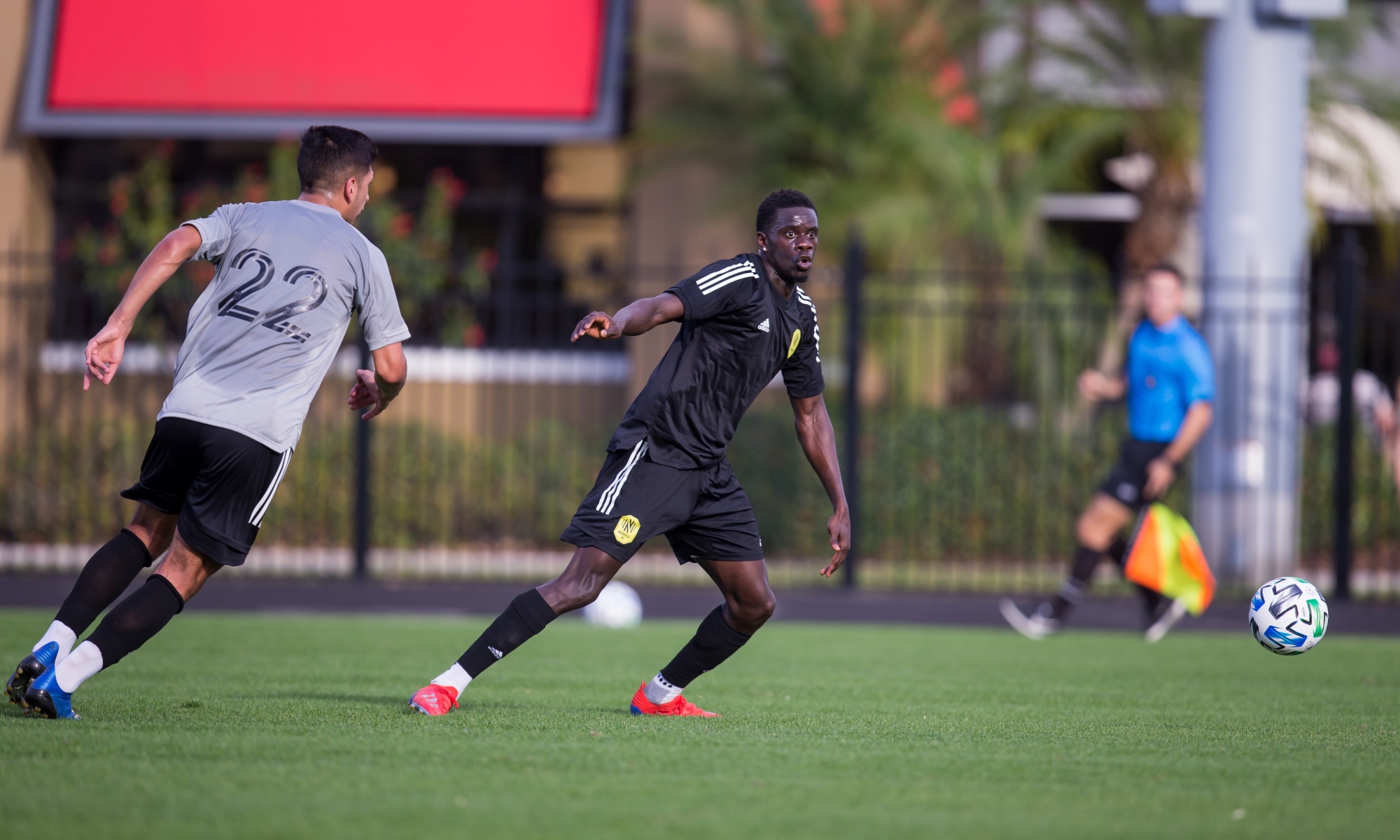 In the run-up to 2020, Nashville brought in a couple strikers with a body of work in MLS. Acquiring Dom Badji in a fairly lucrative trade on the FC Dallas side ($325,000 in total allocation) implied that he was perhaps the first choice to get his shot.

As noted at the top, Badji was probably brought in with an eye toward getting the first shot as the starter up top – and indeed he did, earning the start and 81 minutes in the season-opening game against Atlanta United. While his finishing rates had been maligned at times, he had been about-average in previous stops at Colorado Rapids and FC Dallas. He’d mostly racked up meager xG numbers per 96 minutes played, but it was impossible to separate out whether that was a product of player or system (at a couple pretty mediocre franchises in his time at each).

Heading into a Nashville SC situation where he was going to get first chance to be “the guy,” any sort of idea that he’d suddenly blossom into a double-digit scorer and assist-man may have been a little hopeful. But leading the front line, being an important defensive presence, and converting when given the chance was the hope as NSC both developed other, younger players, and kept its war chest intact for a potential mid-summer addition.

While Badji did indeed get first crack at striker, the output was not particularly strong. He managed just two shots and zero key passes before the season was paused, and when it resumed, he initially came off the bench before returning to the starting spot for eight of the next nine games. He scored his lone goal in Nashville’s 4-2 romp against Atlanta United, and made his only full-90 outing against Columbus Crew. The very next game, against DC United (the Boys in Gold would go on to win 1-0), he suffered a hamstring injury in the 21st minute and would not see the field for the remainder of the season.

We have clear with-Badji and after-Badji splits here. So how much of Nashville’s late-season offensive improvement was real? Or was it mostly a mirage based upon outperforming xG in small sample sizes (a good thing to do! but over larger sample sizes, not likely to repeat), playing poor defensive competition (Houston and Dallas twice a pop, Chicago once, a generally mediocre and very decimated Miami), and the simple lies our memories tell us?

From an xG perspective, the team’s performances were mostly the same with and without him (with a couple outliers). From a goals-scored perspective, five of the best seven games came in the final phase of the year after he went out. Simply put, there isn’t enough of a data base to tell for sure. From a feelingsball perspective, once the team got over losing him (at which point there was a pretty clear immediate dropoff), the best offensive soccer of the year came in the stretch run.

His individual Goals Added numbers (table above) indicate he was pretty good at a couple things, but extremely poor at one of the most important for the position (getting into dangerous spots to receive passes). The overall score indicates he was an above-average striker, though. He’s a land of contradictions. Had he maintained his health, we may be able to speak a little more definitively one way or the other.

Nashville SC’s signing of CJ Sapong is not necessarily the kiss of death for Badji’s playing time. However, a guy who didn’t prove himself to be the solution no longer gets the benefit of the doubt, even if we can’t say he was part of the problem, either. Neither Sapong nor Designated Player Jhonder Cádiz was on the roster when Badji got his starring role, and both will eat into his minutes. The versatility to play wing only adds marginally with a presumably-healthy Abu Danladi and new signing Rodrigo Piñeiro also providing more competition than existed last year.

So this raises the million-dollar question (units not converted to GAM): will Badji be satisfied with a smaller role, or does it make more sense for Nashville to try to flip him for assets within the league? The latter looks enticing, even if it means waiting until the summer window to see how the depth chart shapes up.