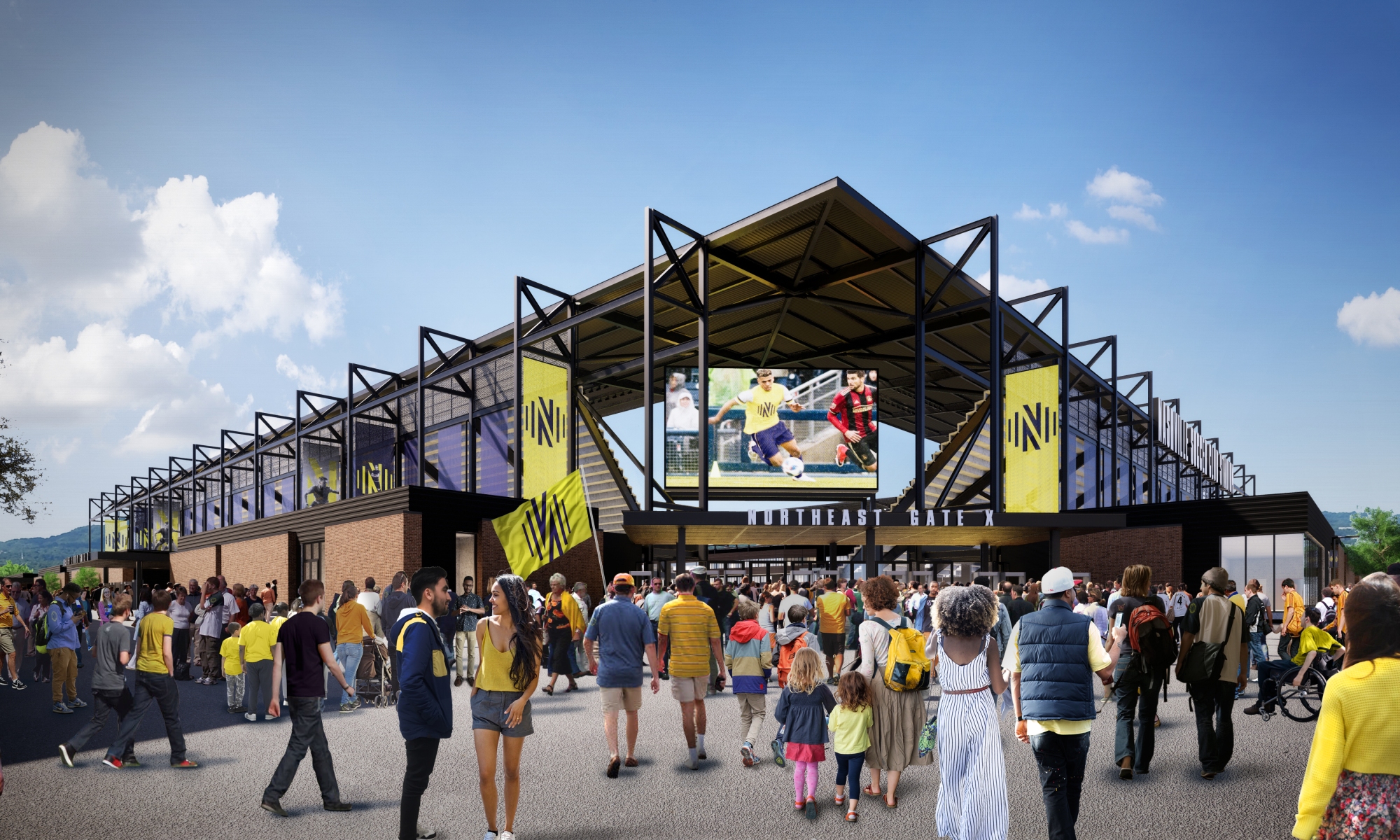 Nashville SC’s stadium is set for an opening in early 2022, and not even coronavirus has slowed it down at this point. While there are plenty of aspects of the club’s business that have been negatively impacted by the global pandemic*, progress at the Fairgrounds stadium site has moved along swimmingly.

“It’s been an interesting one,” Chief Executive Officer Ian Ayre said. “In a sea of negativity that we’re all in, that’s been a bit of a guiding light for us at Nashville. We obviously had our kind of roller-coaster ride on the stadium, but of late, it’s been the one thing that’s been a huge positive for us. Our demolition program – and some of the photos and videos that we’ve shared of that – that’s well on track, we’re not seeing any delays there.”

It wasn’t an easy path to get to this point. Through months – even years – of deliberations in Nashville’s Metro Council, the situation seemed to be squared away late in 2019. Eleventh-hour maneuvering required intense negotiations with mayor John Cooper, and the local government portion of the process seems to finally be in the rearview mirror.

A pair of lawsuits are working their way through Davidson County Chancery Court. Injunctive relief was denied in… forceful fashion in one, foreshadowing that the non-jury trial scheduled for June 4 is all-but certain to be decided in favor of the soccer stadium. The other is scheduled for mid-June, and has been regarded with a similar implied eye-roll by the judicial branch of the local government. Both appear to be little more than minor inconveniences – not even speedbumps on the road to completing a massively popular private-public partnership.

With the red tape fully navigated, Nashville Soccer Holdings – owner of the club – has been able to forge ahead with the demolition on the site. There has also been the opportunity to finalize plans for the stadium’s design.

“The last stage of the design phase was completed, which was a really important step,” Ayre explained. “Our contractor has reached out recently to start to engage with subcontractors. So all of the things on the timeline for the stadium remain in place.

“That’s good, because as much as we’re all thinking about the short-term solution to get back to soccer, for us at Nashville, it’s so important that we continue the kind of long-term infrastructure projects like the stadium and the academy, and other things. They’ll be such important parts when we all do get back to some level of normality.”

Nashville SC is calling Nissan Stadium its temporary home for the 2020 and 2021 seasons – assuming they continue as-planned (with schedule modifications) in the wake of the COVID-19 difficulty that’s plaguing the globe. However, its own home is on the way, and shouldn’t take much longer than initially planned to be ready for its occupants.

A global pandemic is hardly the most convenient time to build a soccer stadium, but Nashville Soccer Club has handled the situation with aplomb. With the coronavirus as-yet unable to forestall the demolition and construction processes, it’s full-steam ahead for an early 2022 opening for the facility.

* STAY INSIDE. WASH YOUR HANDS